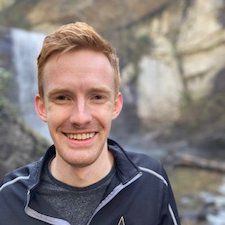 Pediatric patients with cystic fibrosis commonly may have asymptomatic colonized Clostridioides difficile but did not result in increased rates of C difficile infections (CDI).

Patients with cystic fibrosis are commonly treated with antibiotics throughout life. These patients also have an altered intestinal microbiome, which is a known risk factor for CDI.

There are many reasons clinicians are concerned over colonization in patients with cystic fibrosis.

“First, it creates a diagnostic challenge in patients presenting with signs and symptoms of CDI,” the authors wrote. “While constipation is the predominant manifestation of CF dysmotility, loose stools and diarrhea also occur related to pancreatic insufficiency and overflow diarrhea.”

In the study, the investigators collected 108 unique stool samples from pediatric patients with cystic fibrosis without acute gastrointestinal symptoms and performed NAAT C difficile testing with prospective follow-up. The samples were subjected to nucleic acid amplification of the C. difficile Toxin B gene.

The patient population was aged no older than 18 years and diagnosed with cystic fibrosis at the Monroe Carell Jr. Children's Hospital at Vanderbilt. Cystic fibrosis was confirmed through medical record verification of 2 sweat chloride tests ≥60 mmol/L or 2 pathogenic CFTR variants on genetic testing

In addition, there were no patients with colonized C difficile who developed CDI over the course of the 90 day follow-up.

Earlier this year, research indicated that the target body mass index (BMI) of a patient with cystic fibrosis should be reconsidered. While the prevalence of overweight and obesity among patients with cystic fibrosis has been on the rise, it’s unclear whether there’s any benefit associated with increasing weight compared with the normal reference range.

According to the results of a new study, patients with cystic fibrosis who had a normal weight compared with those who were overweight or obese were associated with a higher forced expiratory volume in the first second of expiration. Also, those at a normal weight were at higher odds for cystic fibrosis-related diabetes (CFRD) and pancreatic insufficiency (PI).

Those who were overweight or obese were associated with higher forced expiratory volume in the first second of expiration compared with those at a normal weight. High heterogeneity was shown in the analysis of pulmonary function.

The results show that nutritional status does have an impact on maintaining organ function in patients with cystic fibrosis. According to investigators, a nutritional strategy that increases the BMI closer to the upper limit of the normal BMI is reached should be included in daily protocol.

The study, “Prevalence, Risk Factors, and Sequelae of Asymptomatic Clostridioides difficile Colonization in Children with Cystic Fibrosis,” was published online in the Journal of Cystic Fibrosis.