Taking a Closer Look at Testosterone and Aggression

Testosterone has long been known to influence levels of aggression in many species, but new research may finally explain how it works, at least in human males. 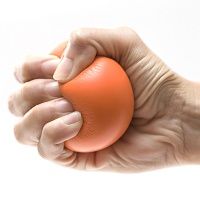 Testosterone has long been known to influence levels of aggression in many species, but new research may finally explain how it works, at least in human males.

Researchers recruited 16 healthy men whose ages ranged from 18 to 44. Twelve participants were white, 2 were Hispanic, one was African-American and one was Asian. All subjects then received a drug to suppress their natural testosterone and, after that drug had several hours to work, either a placebo or enough replacement testosterone to return them to the low end of normal levels.

Study participants then completed a profile of mood states questionnaire and performed face-and-shape-matching tasks for about one hour while a functional magnetic resonance imaging exam monitored brain activity.

During the task, subjects saw faces grouped by facial expression: fearful, angry, surprised or neutral. Previous research had shown that this task elicits a predictable amygdala response across a wide range of populations.

However, in this study the researchers found that testosterone levels significantly affected activity in the amygdala, hypothalamus, and periaqueductal gray (PAG) of test subjectsâ€‘â€‘but only in response to angry faces.

“We were able to show for the first time that increasing levels of testosterone within the normal physiological range can have a profound effect on brain circuits that are involved in threat-processing and human aggression,” said lead author Justin Carré, PhD, an Assistant Professor at Nipissing University.

Numerous animal experiments have shown that testosterone injections can quickly increase aggression, but efforts to associate the baseline testosterone levels of human subjects and their general propensity for aggression have produced weak and inconsistent results.

Research on experimentally evoked testosterone, on the other hand, has shown strong associations between natural hormone surges during different types of competition and aggressive play. Such studies have only managed to show correlation, not causation, and no biological mechanism of causation.

“Understanding testosterone effects on the brain activity patterns associated with threat and aggression may help us to better understand the ‘fight or flight’ response in males that may be relevant to aggression and anxiety,” said John Krystal, MD, Editor of Biological Psychiatry, which just published the new study.

The study authors noted that the speed with which the effects of the testosterone manifested themselves in subjectsâ€‘â€‘about 90 minutesâ€‘â€‘suggested that the testosterone affected the brain by means of a non-genomic mechanism such as extra-nuclear androgen and estrogen receptors.

However, the extent to which further testosterone would produce further activity in the threat processing area of the brain remains unclear. The study authors speculated that such activity would likely rise along with testosterone levels, but noted that further research would be needed to test such a hypothesis.

Further research would also be needed to determine the degree to which changes in brain activity produced actual changes in aggression, as measured by widely accepted tools such as the Taylor Aggression Paradigm.