A meta-analysis of studies on the effect of testosterone supplementation in older men found broad variations in reported increases in muscle mass and decreases in body fat.

A meta-analysis of testosterone supplementation in older men found broad variations in reported increases in muscle mass and decreases in body fat.

Researchers began by searching for randomized placebo-controlled trials that studied the effect of testosterone replacement therapy on body composition in older men. They excluded studies that mixed men and women, along with studies that included men who were less than 60 years old or men who started off with total testosterone levels greater than 550 ng/dl.

An initial search of relevant terms yielded 2,681 articles, but only 26 merited a full-text analysis and only 11 were included in the current study.

All of them found that testosterone replacement was associated with a significantly greater increase in lean muscle mass than placebo, but effect sizes varied greatly. The smallest average increase was 1.65 kg (95 % confidence interval [CI], 1.61—1.69kg). The largest increase was 6.20 kg (95 % CI, 5.22–7.18 kg).

Testosterone replacement therapy was also associated with consistent reductions in body fat. The effect estimate was smaller −1.78 [−2.57, −0.99] but the analysis was slightly less heterogeneous (I2&thinsp;=&thinsp;81%).

The authors of the paper, which was published in the journal Age, explained the wide range in the initial study results and the heterogeneity of the resulting meta-analysis by noting just how much the underlying studies varied.

Patients in different studies received different amounts of testosterone, at different intervals, via different methods of administration for different lengths of time.

For example, 1 study of topical testosterone gel that appeared in the Journal of Clinical Endocrinology & Metabolism focused mainly on whether the gel in question could successfully raise testosterone levels (it could) so it ran for only 90 days.

That was still enough time men who received the larger of the 2 doses (100 mg per day) to see an average gain of 1.7 kg of muscle and an average body fat reduction of 1.2%, but research consistently shows that testosterone therapy takes considerably more time to produce its full effects.

Men in both groups saw significant increases in muscle and significant decreases in fat, but effect sizes, unsurprisingly, varied considerably.

Indeed, effect sizes and almost everything else about the underlying research varied so much that the authors of the meta-study, who hail from Sao Judas Tadeu University in Brazil, were forced to draw only the vaguest of conclusions.

“The results suggest that testosterone replacement therapy is able to increase muscle mass in elderly men,” they wrote, “and that [increase] is affected by the time that the treatment is carried out and the method of administration of the drug.” 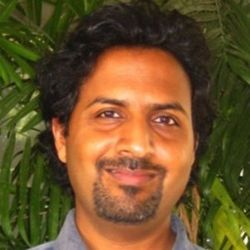