The Dow Jones Industrial Average, an index that has astonished with its ascent over the past decade, likely will continue to astonish through the 2020s, rising to 50,000 by 2027. But when this happens, you really shouldn’t be astonished.

To some investors, this might seem unlikely. Yet the same kinds of economic and market factors that have goosed rises in recent years—plus some new ones, including the post-pandemic recovery—will be at work.

The Dow, the second-oldest U.S. market index, was designed to serve as a proxy for the broader market and, to some extent, the economy. The Dow is a weighted index in which constituents’ growth or shrinkage are constantly quantified.

Increments of the growth or decline of index members are divided by a fractional, 14-decimal-place constant, known as the Dow divisor, to determine the index’s levels of gain or loss.

Skeptics who regard Dow 50,000 by 2027 as pie in the sky need to wake up and smell the growth coffee they can drink when they have to eat this pie.

Even as the Dow has marched upward, these skeptics have deemed implausible projections that merely recognize average rates of ascent.

Since I started in this business in 1981, the Dow has doubled five times, once every seven or eight years. Fast forward to 2010, when the Dow was at 10,000 and the nation was slogging through the Great Recession, indicators prompted my firm to project 20,000 by the end of 2020.

In 2018, I wrote an article projecting Dow 40,000 by 2025 and now that, too, seems conservative, given the rate of increase and the preponderance of powerful drivers.

Skeptics complain that bad news will hamper growth, but over the past decade, and especially over the past year, the market hasn’t seemed to care about bad news; the news is always bad.

More recently, in the six weeks between Thanksgiving and early January, we couldn’t have had worse news, with headlines on a new peak in the spread of the coronavirus. But the Dow rose by 1,000.

Capitalism just keeps chugging along as Americans’ faith in their markets remains steadfast and foreign capital continues to stream in.

If you think the news is bad now…

Bad news has long preceded periods of major economic and market growth. If you think the news was bad in 2020, consider 1920.

The nation was still suffering from the aftermath of World War I and the multi-wave Spanish flu pandemic, estimated to have killed up to 50 million people worldwide, and about 675,000 Americans out of a population of about 100 million.

All this set up a major recession and a steep market decline in 1920. To make matters worse, the enactment of Prohibition made it hard for people to drown their troubles.

This problem was soon solved (speakeasies) by American innovation, which also created an unprecedented succession of life-changing products enabled by developing technologies: household appliances, movies, frozen foods, assembly lines that filled the roads with cars, and life-sustaining and -saving insulin and antibiotics, including penicillin.

The resulting economy propelled the marked upward, quadrupling the Dow by 1930.

Historians consider this wave of new products to be part of a broader group of advancements over about 20 years known as the second industrial revolution.

The third revolution is centered around the development of computer technology that started to take hold in the 1970s, laying the foundation for what’s becoming known as the fourth revolution: the digital revolution.

This one involves the current wave of computer-driven tools, programmed with binary code and directed by semiconductors, that have an integral place in our daily lives, help businesses run with increasing productivity, enable scientific breakthroughs (such as rapid vaccine development) and enable precise monitoring and measurement in just about every industry, empowering process control in manufacturing.

In recent years of this digital revolution, we’ve seen Apple reach a $1 trillion market cap by putting iPhones in hands of people around the planet, including those using them, after climbing out of poverty, to order goods online, spurring GDP and market growth.

The capabilities of 3D printing are rapidly expanding, as are those of 5G technology, artificial intelligence and robotics.

Many households are strewn with what we now call “devices,” which satisfy a need and an addiction to being online.

Further advances in these technologies and the development of related and wholly new ones—along with the widespread growth they’ll spur in virtually all industries, no matter how non-technical—will be bring market growth for years to come.

Direct and indirect growth drivers include:

Innovations in these and other fields are proceeding apace at a time when economic conditions are fertile for growth.

The U.S. economy is recovering from the black swan event of the pandemic-induced recession, interest rates (and thus the cost of capital for businesses) will likely remain historically low for years, sending money from bonds into stocks, and consumer demand pent up during pandemic lockdowns is rattling the cage to be loosed onto the economy.

Meanwhile, the Fed will likely continue to provide stimulus through bond-buying until the recovery gets its sea legs.

The combined effect of these factors over the next several years will be, on average, a rising market—not just the Dow, but also the S&P 500 and, of course, the tech-heavy Nasdaq 100.

Along the way, there will naturally be market pullbacks and corrections—natural elements of any period of market growth.

Yet, though the line on the graph will be jagged, the market’s overall arch will be upward, making Dow 50,000 by 2027 (if not earlier) extremely likely.

David Sheaff Gilreath, a certified financial planner, is a 39-year veteran of the financial service industry. He established Sheaff Brock Investment Advisors LLC, a portfolio management company based in Indianapolis, with partner Ron Brock in 2001. The firm manages over $1 billion in assets nationwide.

Often-Overlooked Way to Fund Your Roth IRA Has Many Advantages 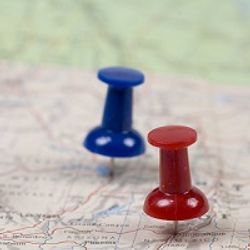