Both depression and anxiety are common comorbidities in rheumatoid arthritis patients.

The investigators pooled data from patients receiving tofacitinib , ADA, or placebo from 5 phase 3 and 1 phase 3B/4 trials. The demographics and baseline characteristics was reported by baseline pMDD/pGAD (SF-36 MCS ≤38, presence; >38, absence).

The investigators also estimated month 3,6,9 and 12 SF-36 MCS change from baseline and percentage with pMDD and pGAD reported.

They also compared efficacy outcomes at months 3, 6, and 12 of tofacitinib treated patients by baseline pMDD and pGAD.

The team also found patients likely suffering from either psychiatric disorder had higher baseline CRP and worse disability, fatigue, pain, and sleep when compared to patients without the likelihood of either major depressive disorder or generalized anxiety disorder.

The percentage of patients with baseline pMDD or pGAD who continued to have these disorders reduced over time. The percentage of these patients was also generally lower for individuals treated with tofacitinib when compared to patients in the placebo or ADA groups.

They also found regardless of baseline status, efficacy was similar for tofacitinib 5mg BID and 10mg BID.

“[Approximately] 40% of RA patients had baseline pMDD/pGAD. SF-36 MCS improvements were greater for tofacitinib vs placebo/ADA,” the authors wrote. “With tofacitinib, percentage of patients with SF-36 MCS ≤38 reduced by ~60% at month 12. Tofacitinib efficacy was similar in patients with/without baseline pMDD/pGAD. Limitations include using SF-36 MCS to identify probable rather than confirmed MDD or GAD. Future research using gold standard psychiatric interviews to validate use of SF-36 MCS ≤38 is needed.”

Tofacitinib has also been tested in another study presented during the virtual EULAR meeting for patients with psoriatic arthritis.

At month 6, the patients receiving the study drug achieved MDA and all patients received very low disease activity and were also in DAPSA remission or LDA.

The study, “Tofacitinib in Patients with Rheumatoid Arthritis and Indicative of Depression and/or Anxiety: A Post Hoc Analysis of Phase 3 and Phase 3B/4 Clinical Trials,” was published online by EULAR. 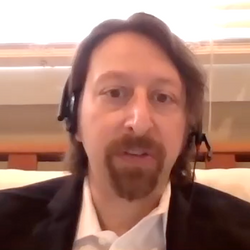 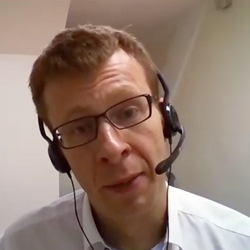