Dr. Epstein provides updates on a joint study between members of AAAAI and the American College of Allergy on the relationship between epinephrine and post-immunotherapy injection waiting periods. 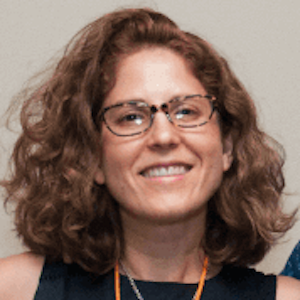 Since 2008, Tolly Epstein, MD, MS, Division of Immunology, Allergy & Rheumatology at the University of Cincinnati School of Medicine, has played an integral role in a longitudinal surveillance study on post-injection monitoring and epinephrine prescriptions for pediatric patients on immunotherapy.

Current data from the study will be presented at the 2022 American Academy of Allergy, Asthma & Immunology Annual Meeting (AAAAI) in Phoenix, Arizona.

The study details strategies for optimal compliance in patients waiting the prescribed period after an immunotherapy injection, which is 20-30 minutes according AAAAI. The concept of more widespread distribution of the EpiPen is also considered, as some researchers believe they could result in shorter waiting times.

However, fatal reactions have been associated with not receiving epinephrine, which in many cases was the result of a patient leaving the office before the post-injection waiting period was over. Though these events have been less frequent in recent years, they have resulted in hesitancy regarding EpiPen distribution.

In an interview with HCPLive, Epstein spoke of how a national study involving members of AAAAI and the American College of Allergy considered the relationship between epinepherine and post-injection waiting periods.

“Every year, we asked practitioners to give us their data regarding the number of allergy injections they've given, the number of systemic reactions and the severity of the systemic reactions, and then we ask specific questions such as the waiting times about,” Epstein said. “What we found, when we've asked this is that most reactions do occur in less than 30 minutes. About 15% of reactions probably occur between 30 to 60 minutes, and a much smaller percentage, around .05% occur t after 60 minutes.”

She added that none of the reactions that occurred after 30 minutes were fatal. Despite this, around 3% of participants who experienced reactions also experienced delayed onset severe systemic reactions.

Almost none of the patients who experienced delayed onset severe systemic reactions self-administered epinephrine. For those that did, Epstein complications regarding self-administration.

“Even when we're prescribing these EpiPen, unfortunately, patients are really not using them,” Epstein said. “A lot of that has been because of lack of education. Even when the patients have them with them, they're afraid to use them, they don't understand when to use them, and so there's no compliance with that. Because of that, there's still a lot of debate about whether or not…we should even be giving them to (patients).”

Currently, none of the data has shown that giving patients an EpiPen reduces the rate of severe reactions, though further research is needed. However, practices that enforce the standard 20-30 minute waiting times post-injection have lower rates of systemic reactions.

“There may be good reason to make it standard practice to have those patients check out with the nurses and have the practice monitor rather than having the patient check their own time,” Epstein said.