Dante J. Pieramici, MD, leads the discussion on factors to consider when selecting the optimal therapy for patients with wet AMD.

John W. Kitchens, MD: How do you determine how often a patient needs therapy, or if you’re going to switch therapy?

Dante J. Pieramici, MD: Yes, this is the art of the medicine in the treatment of these patients but we do have some good quantitative data. As I mentioned, the OCT [optical coherence tomography] images we use are probably fundamental in making this decision. We give a patient an injection, we’ll generally see them back in a month to see how they’ve responded, and we’re looking for 2 key things, well 3 actually. Subjectively, how do they feel they’re doing? Second, we measure their vision, is the vision better or worse? Finally, how does the OCT image look, is the fluid going away, or has it gone away? We’ll oftentimes give them a monthly injection, and this varies, 1, 2, 3, or 4 monthly injections, priming the pump with the anti-VEGF agents. Then, if at that point after 3 or 4 months, if the image looks dry and it’s not changing at all, we might try to extend the therapy a bit, meaning that next time instead of 4 weeks, we’ll have them come back in 6 weeks. At that 6-week point, we’ll plan on giving them another injection; if things look good, we might even extend it more. If it looks like there’s more fluid at the 6 weeks, then we might cut it back to 4 or 5 weeks.

We call this a treat and extend therapy, and doctors’ approaches are different. Some say, “We’re going to give it to you every 4 weeks for the rest of your life.” I don’t think there are a lot of people doing that, or they treat as needed. With the treat and extend of therapy, you can reduce not only the number of injections but the number of visits, which patients like because there’s a burden to coming into the doctor’s office. I can barely make my yearly doctor’s appointment; imagine you’ve got to go to come in every single month for an injection, and to get a driver, and for the driver and you to take off work. There’s a burden to this therapy that goes beyond the inconvenience of having a shot in the eye. As Roger mentioned, most of the patients tolerate that fairly well. It’s having to come in all the time, so we try to reduce that burden by extending the therapy as much as we can, but for a lot of patients you can’t extend that. For other patients you can, so it’s variable.

John W. Kitchens, MD: Lloyd, we talked about the 4 therapies we have, how do you choose? We’ve got 4 things, are they all equal?

Lloyd Clark, MD: We don’t know the answer to that clearly. When we look at a comparison between the most common drug as primary therapy, bevacizumab, there’s been 1 randomized clinical trial that’s not been validated with a comparator clinical trial. It looked at the effectiveness of bevacizumab vs ranibizumab for the treatment of wet AMD [age-related macular degeneration]. What it showed is, as Dante said, if you treat patients monthly with either one of these drugs they do fine, but the reality is we don’t treat patients monthly, as a practical matter in patients with wet AMD. When you look at patients treated less than monthly, that was the breakpoint with the CATT trial, which was a comparative effectiveness study. When you look at patients treated less than monthly, it doesn’t appear that bevacizumab is as effective as ranibizumab in terms of clinical effect in large cohorts of patients. Maybe it is, maybe it isn’t. As it turns out, the top-line data from the CATT study has driven payers to make strong recommendations, stronger each year, to use bevacizumab as primary therapy for their patients. The reason is cost and we can get into that, it’s not a clinical issue, but it’s a major issue as it pertains to primary choice for wet AMD treatment. Bevacizumab is orders of magnitude cheaper than the FDA-approved agent, so oftentimes we’re mandated to use bevacizumab as primary therapy by payers, particularly in the commercial space, because of cost.

The reality though is as primary therapy during the first 6 months of treatment, many of us are doing basically monthly therapy. It’s probably a good choice in most patients, but in patients who are more difficult to treat it does appear that the FDA-approved therapies are more effective. That’s why we see a lot of switching. In terms of primary therapy, any of the 3 choices I would say, are good choices. You’ve got good odds that you’re going to have a good treatment effect with either bevacizumab, ranibizumab, or aflibercept. The question is how long is that initial effect going to stay in place? Secondly, how effectively are you going to be able to introduce a treat and extend dosing strategy as Dante described, because that’s the goal here, to not leave patients on monthly therapies forever. You’re not going to be quite as effective at that with bevacizumab as the approved agents.

John W. Kitchens, MD: Roger, Lloyd and Dante both alluded to this, switching therapies. How effective is that? When do you switch therapies? Do you go back to other therapies? What is that all about?

Roger A. Goldberg, MD, MBA: Yes. Dante talked earlier about the assessment that we do at each patient visit when they come in, and you’re looking at their vision and their visual acuity, their symptoms, how do they feel like they’re doing, your examination, and the OCT. You’re making a determination based on that individual patient. That’s where all of us as retina specialists, we take what we know from clinical trial data, which Lloyd was talking about, but then you have to apply it to the specific patient sitting in front of you. That’s where individualization of care comes into play. For me, whether I have a mandate to start with the off-label bevacizumab, or I’ve chosen to start with the off-label bevacizumab, I’m trying to extend the time in between treatments as long as I can for that patient, to limit how many times they need to come in for an injection, and how many times they need to come into the office overall. If I don’t get the response with monthly Avastin, or bevacizumab, or I get the response with monthly bevacizumab, but I’m not able to extend them beyond a monthly interval, I’ll usually bring it up with a patient. And most of the patients are game for getting less than monthly treatment, and I will then switch to one of the on-label, FDA-approved medicines.

I’m personally not using much in the way of brolucizumab due to the safety concerns that Dante mentioned. For me, that ends up being a switch to ranibizumab or aflibercept. Then, I see how they do on one of those agents, and I apply the same standard that I just applied to the bevacizumab. I’ll switch them, let’s say, I try a couple of ranibizumab, and if I’m not able to extend them as far as I or the patient would like, then I might try aflibercept. There are some patients for whom whatever agent you use, you need to treat them monthly, they have difficult disease. Patients do have a variable response in general to these medications; the disease is different in everybody. Sometimes you have to recognize that, and I try to go with what I think is going to be the best agent for them.

Finally, I’ll bring up one other point, which is this phenomenon called tachyphylaxis, where sometimes it seems that with the patient, the body, the eye that specific choroidal neovascular membrane, seems to develop some tolerance for that agent. Oftentimes, I’ve had a patient who’s been extended for a longer period, maybe they’re out to 10 to 12 weeks. Then, that agent for whatever reason starts to be less effective, and I’m having to shorten the interval back down. When I see that happening, I’ll often try a new agent, even if it’s a new old agent, like an agent that I previously tried a year or two earlier. I’ll recycle that agent back into the mix.

John W. Kitchens, MD: I want to thank everyone for watching this HCPLive® Peer Exchange. If you enjoyed the content, please subscribe to our e-newsletters to receive upcoming Peer Exchanges and other great content right in your inbox. 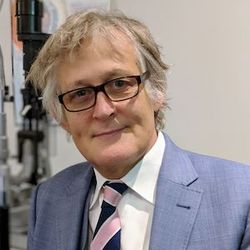