US Teen Births at All Time Low

US birth rates show fewer teenagers are having babies--at least in states where abortion is readily available--but ethnic and racial disparities remain a challenge. 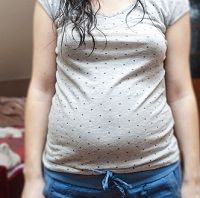 In a report that focuses on federal efforts to reduce teen pregnancies--but makes no mention of the decreasing access to abortion in many states--the US Centers for Disease Control and Prevention (CDC) said teen births in the US are declining.

Births to Hispanic and black teens have dropped by almost half since 2006, according to an analysis in the US Centers for Disease Control and Prevention's Morbidity and Mortality Weekly Review.

The good news came with asterisks, however.

In some states, Hispainc and black teenagers's birth rates were more than triple those of white teens.

Even in some states with low overall rates of teen births, there were counties with high rates.

These counties tended to be in the South and Southwest.

"The United states has made remarkable progress in reducing both teen prenancy and racial and ethnic differences but the reality is, too many Americn teens are still having babies," said CDC Director Tom Frieden, MD, MPH.

Neither Frieden nor the report made an effort to link birth rates with the disparities in availability of abortion in geographic regions.

But a report from the Guttmacher Institute, a reproductive rights advocacy and research organization in New York shows some correlations.

For example, the CDC report offered Arkansas as a state where the teen birth rate was above national rates for all racial/ethnic groups, at 37.7 for whites, 54.6 for blacks and 46.5 for Hispanics.

According to the Guttmacher Institute, about 97% of counties in Arkansas had no abortion clinic as of a 2011 study.

Medicaid patients in Arkansas are not eligible for abortions unless their lives are in danger or they have been raped or are incest victims.

Teens who want abortions there need parental permission. All women who seek to terminate a pregnancy are forced to listen to counseling aimed at discouraging abortion and then face a mandatory one-day waiting period between the counseling and the procedure.

In contrast, the CDC report offered New Jersey as a state with low teen birth rates for all groups, with a 4.8 rate for white teens, 27.4 for blacks, and 31.3 for Hispanics.

But in New Jersey, more than half of the counties had abortion clinics as of 2011, and NJ women can easily obtain abortions in nearby New York.

There are no significant restrictions on abortion for NJ teens, Guttmacher's report noted.