New findings show that 100% of patients receiving voxelotor 1500 mg group experienced improvements in their leg ulcers—compared to 63% in the placebo group. 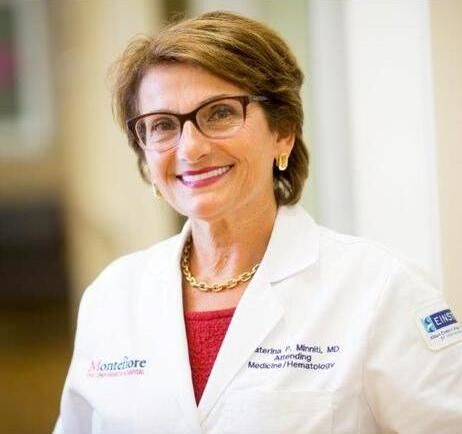 Data from the Phase 3 HOPE study indicated that voxelotor (Oxbryta) led to improvements or resolutions in leg ulcers in patients with sickle cell disease (SCD).

Although 14%-18% of patients develop leg ulcers, there remains no standardized protocol for caring for them.

“While nearly all patients with SCD have anemia, those with more severe hemolytic anemia are more prone to developing leg ulcers,” wrote the investigators in a recent research letter.

“Leg ulcers are almost exclusively found in SCD patients with a severe genotype and are rarely found in milder formers of SCD,” they continued.

The team, led by Caterina Minniti, MD, Division of Hematology, Montefiore Health Systems, conducted a post-hoc analysis of the HOPE trial in order to evaluate the incidence of leg ulcers and their outcomes over the course of a 72-week period.

The study had enrolled a total of 274 patients with a history of SCD-related leg ulcers at baseline.

Thus, at study initiation, 13 presented with active leg ulcers. Among this group, 4 were assigned to receive voxelotor 1500 mg. Half had ulcers of mild severity, and the other half had moderate severity.

Another 6 patients received voxelotor 900 mg — with 3 presenting with mild cases and 3 with moderate cases.

The remaining 3—all of whom were mild cases—were placed in the placebo group.

Only 1 of the new patient cases reported having a history of leg ulcers at screening.

Thus, 5 out of 5 patients who received voxelotor 1500 mg experienced an improvement in their leg ulcers by week 72.

As for those who developed new leg ulcers during the study period, resolution within 24 weeks was achieved in 1 of 1 in the voxelotor 1500 mg group, 3 of 3 in the voxelotor 900 mg, and 3 of 5 in the placebo group.

Additionally, the investigators noted that resolution of leg ulcers was associated with increased Hb levels.

There were no new safety events or markers that were reported, and the treatment was deemed well-tolerated among the population.

“In this post hoc analysis, nearly all patients (>90%) receiving voxelotor (1500 mg and 900 mg doses) had their leg ulcers improve or resolve by week 72," wrote Minniti and colleagues.

"Improvements in Hb levels and reduction in markers of hemolysis associated with voxelotor treatment in the current analysis were similar to those observed in the larger HOPE study."

Therefore, voxelotor appeared to have a clinical benefit in this sickle cell patient population.

They indicated that there remains much uncertainty in the pathophysiology of ulcer formation in SCD, and thus is a question for future research.

Nevertheless, they acknowledged it is likely caused by a combination of systemic and local factors, including inflammation, hemolysis, and venostasis.

“Patients with SCD presenting with leg ulcers should be screened for end-organ complications, given the risk for other forms of organ damage,” the team recommended.

The study, “The Impact of Voxelotor Treatment on Leg Ulcers in Patients with Sickle Cell Disease,” was published online in The American Journal of Hematology.