Which Geographic Atrophy Patients May Benefit from Avacincaptad Pegol 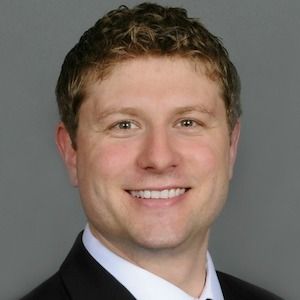 Earlier this week, Iveric Bio announced the initiation of a New Drug Application (NDA) submission of the company’s complement C5 inhibitor agent avacincaptad pegol for the treatment of geographic atrophy (GA) to the US Food and Drug Administration (FDA).

The FDA submission and pending decision, supported by findings from the pivotal phase 3 GATHER 1 and GATHER 2 trials assessing the agent in adults’ eyes with GA over 12 weeks, would mark a historic, first-of-its-kind indication for treating the progression form of vision loss.

In an interview with HCPLive regarding avacincaptad pegol, David R. Lally, MD, an ophthalmologist and investigator with New England Retina Consultants, discussed the finer details and intent of research behind the GATHER trial program, including the emphasis on duration of treatment, the treated patient populations, and the emphasis on diagnostics with a novel therapy potential reaching the market.

HCPLive: With GATHER, it seems like a lot of perspective around the findings and the benefit of avacincaptad pegol also homed in on the duration of treatment over the 12 months.

Can you talk about the characteristics of the average patient who has progressed to geographic atrophy or worsening for geographic atrophy risk, and why it's better to understand these agents, for as long as possible, in duration of both efficacy and safety?

Lally: You bring up some important points. The first is that this is a disease that patients live with the rest of their lives. When we're looking at the clinical trial data we're looking at right now the primary outcome measure, which is only 1 year, only 12 months. But these patients often live with geographic atrophy for 10, 15, 20 years of disease. And so it's going to be very important to look at the long-term outcomes of these patients.

One thing that I did not mention earlier with GATHER 2 is that the primary outcome measure was at 1 year—however, these patients in the trial did continue for 2 years. And in the second year, patients that were receiving avacincaptad pegol 2 mg dose arm, they were re-randomized into either continuing monthly injections during the second year monthly through month 24, or re-randomized to receive an injection every other month. Patients in the sham group continued in the sham group from the beginning of the trial all the way through month 24.

So the trial is looking at reducing the treatment burden and seeing if dosing patients every 2 months in the second year would be acceptable to get the efficacy results that we're going to need to influence those patients. So, we should have more information coming next year and the years after about whether reducing the treatment burden with every other dose of therapy would be acceptable with this drug.

The trial also is doing an extension as well and it's currently ongoing. So when patients finished month 24, they have the option of enrolling into the extension trial where all patients, regardless of whether they were in the actively treated arm or in the sham arm throughout the first 24 months, will receive monthly 2 mg dosing of avacincaptad pegol. So we're going to get a lot more long-term data on this product.

And when we look at the GATHER 1 study, we do have data out through 18 months because that that trial did go through 18 months, and we do see that the effect size of the drug appears to increase over time. So that's what we want to see—is that our effect size is not diminishing returns as time goes on.

What kind of patients develop geographic atrophy who may benefit from treatment?

There are also features that we can see on the imaging of the phenotypes of macular degeneration that we know increase the risk of developing geographic atrophy. So, risk factors would include large-size drusin, the presence of pigmentation in the retina, the presence of what we call subretinal drusenoid deposits. We know that the presence of hyporeflective core drusen and refractile drusen are also risk factors for the development of GA. And then some patients have a phenotype of large pigment epithelial detachments, which also would increase the risk of developing to geographic atrophy.

But as this is such an unmet need, usually in diseases of unmet need, when we perform clinical trials, we're looking at the most advanced severe cases first, to make sure that they're safe. And from there, we usually work backwards and start looking at designing trials for earlier stages of disease. One of the issues with designing trials for the intermediate stage of disease right now is that we do not have any good endpoints for this stage of disease.

So there's a lot of work that's ongoing and a lot of research that's being conducted looking at if we can define good clinical trial outcome measures for for a disease such as the intermediate stage of disease. But once we're able to do that, then I envision a lot of these studies or a lot of these therapies, including avacincaptad pegol being explored in in those earlier stages.

That's something we always talk about when developing or considering an entirely new drug class for a disease that's progressive and chronic in nature: the timing and strategy involved, as well as alterations to screening and diagnostics.

There's a need to put a greater emphasis on that, because that's really where you're going to find optimal care, right?

There's no question. We put a lot of focus, on the therapy, but the the research that's going on in imaging and retina is incredibly important work, and it's going to help us be able to evaluate the therapies better and really know whether these therapies work. So you cannot underestimate all the work that's going on outside the therapeutic work, but more with with regards to the imaging of the retina.

EP: 2.Which Geographic Atrophy Patients May Benefit from Avacincaptad Pegol