Which Is More Effective in Patients with Psoriatic Arthritis: Biologic Combination or Monotherapy?

A new patient registry analysis assessed whether there were any significant differences in outcome between combination therapy and monotherapy in patients with psoriatic arthritis. 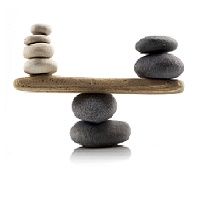 A new patient registry analysis has found no significant differences in outcome between combination therapy and monotherapy in patients with psoriatic arthritis.

Investigators used the Corrona database to pull records on 318 combination therapy patients and 201 monotherapy patients who were biologically naïve at baseline, who had started on a tumor necrosis factor inhibitor (anti-TNF) while in the database and who had a follow-up visit on record more than 90 days after treatment began. The overwhelming majority of combination therapy patients (91%) used methotrexate with an anti-TNF medication. The rest (9%) used some other conventional synthetic disease-modifying anti-rheumatic drug.

The endpoints of the analysis were anti-TNF persistence and time to Clinical Disease Activity Index (CDAI) remission. To control for channeling bias, all analyses used propensity scoring, which was estimated with CDAI and patient sex. Due to limitations in the data, the investigators were only able to evaluate anti-TNF persistence in 497 patients and time to remission in 380 patients.

Still, the failure to find anything approaching significant differences in the duration or outcomes of combination therapy and monotherapy led the investigators behind the new analysis to call for a different kind of study.

“Prospective, randomized clinical trials evaluating the efficacy of combination therapy versus monotherapy would provide much-needed clarity on treatment options for patients with psoriatic arthritis,” they wrote in Rheumatic & Musculoskeletal Diseases.

The conclusions of the new analysis echo those of a research review that appeared 2 years ago in Rheumatology. The authors of that review used data from 11 published articles and 3 conference abstracts.

“Most randomized controlled trials found no differences in efficacy for peripheral arthritis between patients treated with or without methotrexate. However, the studies were not powered to answer this question. Some data suggest that concomitant methotrexate may reduce the progression of structural damage. No significant differences in other outcomes have been reported,” the authors of the review wrote.

“Methotrexate in combination with biologic agents, either non-TNF inhibitors or anti-TNF inhibitors, may have a role in decreasing side effects,” the authors of the earlier review wrote, “but it does not appear to improve clinical symptoms beyond those attained by biologic monotherapy.”