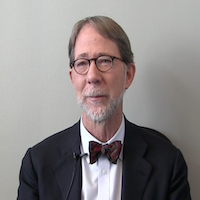 The analyses pooled results from a trio of phase 3 trials (PALACE 1-3), in which a total of 494 patients received APR 30 mg twice daily at baseline. Data was considered in context and balanced appropriately via multiple imputation (to account for subjects who discontinued or had missing values,) available cDAPSA scores, and binary logistic regression.

The primary goal of the pooled analyses was to illuminate any associations between baseline clinical disease status and long-term potential for improvement, as well as associations between early APR treatment and eventual achievement of goals as defined by the Clinical Disease Activity Index for Psoriatic Arthritis (cDAPSA).

Philip J. Mease, MD, director of rheumatology research at Swedish Medical Center, clinical professor of medicine at the University of Washington, led the team of investigators.

Patients displayed a partial response to APR by week 16 of the study. By week 52, they frequently demonstrated low disease activity (LDA) and/or achievement of remission altogether.

At baseline, 74.3% of patients had shown high disease activity (HDA), 24.5% moderate, and 1.2% low. Most of the patients experienced at least 1` additional condition, such as affected body surface area (≥3%), dactylitis (>0 based on the dactylitis severity score), enthesitis (>0 based on the Maastricht Ankylosing Spondylitis Enthesitis Score or pre-existing axial PsA). Of the secondary conditions, 93.5% of patients reached HDA, 82.6% at least moderate disease activity, and 100% at least LDA.

Baseline, however, wasn’t the only predictor of potentially significant steps towards recovery. Patients’ status at week 16 after having begun apremilast treatment in week 1 often indicated a high likelihood of greater improvement.

Patients with moderate disease activity at baseline who leaned towards LDA or REM by week 16 had high probabilities (58.9% and 88.5%) of achieving those goals altogether by week 52. Those with an average cDAPSA improvement of ≥30% by week 16 also frequently reached LDA or REM at week 52.

The new study, “Probability of Achieving Low Disease Activity or Remission in Subjects with Active Psoriatic Arthritis Treated with Apremilast,” was presented at 2019’s annual European Congress of Rheumatology in Madrid, Spain.