Are drug-eluting stents as useful in patients with diabetes as in nondiabetic patients?

Several studies have linked the increasing incidence of diabetes to an increased prevalence of cardiovascular disease.1,2 Diabetes is known to accelerate coronary atherosclerosis and to worsen the short- and long-term prognosis of patients with cardiovascular disease.3-6 Furthermore, compared with nondiabetic patients, outcomes are worse when patients with diabetes undergo coronary revascularization either by coronary artery bypass graft (CABG) surgery or percutaneous coronary intervention (PCI).7-9 A significant contributor to worse outcomes after PCI in diabetic patients is restenosis, which remains as high as 25% to 50% with standard coronary stents.10,11 The introduction of drug-eluting stents represents a significant leap forward owing to its efficacy in reducing restenosis in the overall population.12-15 However, it is important to assess whether these results can be generalized to patients with diabetes. The purpose of this review is to summarize the results of the diabetes subanalysis of the SIRolImUS (SIRIUS)-coated Bx Velocity balloon-expandable stent in the treatment of patients with de novo coronary artery lesions trial that was recently published.16

The SIRIUS trial was a prospective, randomized, double-blind study of 1,058 patients that was conducted to evaluate the efficacy of sirolimus-eluting stents in a well-defined patient cohort.13 In the diabetes subanalysis of this trial, we compared the outcome of patients with diabetes mellitus (279 patients) to those without diabetes (778 patients) based on their treatment assignment (sirolimus-eluting stent [Cypher] versus bare metal stent). Clinical follow-up was obtained at 30 days, 6 months, and 9 months. Coronary angiograms obtained at study entry and at the 8-month follow-up were analyzed independently at a dedicated core laboratory. All statistics were performed using the SAS system (version 6.12), and reported P values were two-sided.

The diabetic subanalysis of the SIRIUS trial demonstrated that not only are sirolimus-eluting stents safe in patients with diabetes, but they are also effective in reducing angiographic and clinical recurrence to a level similar to that in nondiabetic subjects. In addition, even when restenosis occurs, it is often focal and therefore more amenable to repeat percutaneous treatment. It is also reassuring that the attenuated efficacy of sirolimus-eluting stents in insulin-requiring patients seen in this trial was not observed in more recent trials.14,17

In conclusion, the use of sirolimus-eluting stents in patients with diabetes is highly effective in reducing restenosis and improving clinical outcomes. 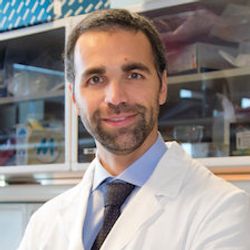