Buprenorphine Linked to Greater Reduction in Opioid Use Compared to Methadone

BUP associated with lower likelihood of any opioid use among participants with mood disorders, without mental disorder, compared to MET.

A recent study investigated differences in reduction in opioid use treated by either buprenorphine-naloxone (BUP) or methadone (MET) in adults with comorbid opioid use disorder (OUD) and mental disorders.

As mental disorders in patients with OUD are common, investigators noted a need to incorporate complex factors involved in influencing outcomes of medication treatment for OUD (MOUD).

Before the findings, investigators hypothesized OUD patients with mood disorder would have better outcomes after buprenorphine treatment, citing its antidepressant effects, compared to patients treated with methadone.

The study used data from a multi-site, prospective study that randomized 1269 participants with DSM-IV opioid dependence from 9 federal opioid treatment clinics during 2006 – 2009.

Patients received either BUP or MET for 24 weeks. After the medication period, patients were referred or transferred to community treatment program, or were tapered off medication over ≤8 weeks.

The Starting Treatment with Agonist Replacement Therapies (START) was a Phase IV study to compare the effects of BUP and MET on liver function and served as the parent study.

A total of 597 participants had relevant data for the present secondary analysis.

They used medication treatment (BUP, MET, no treatment) in the follow-up as a time-varying predictor.

After data collection, the team found 50.6% of the study participants had mood disorder, 19.1% had mental disorder other than mood disorder, and 30.3% did not have any comorbid mental health diagnoses. No difference in demographics were found at baseline.

There were no differences in opioid found during the follow-up period in the 3 mental disorder groups.

In addition, only participants on BUP showed significant reduction of opioid use days among participants with comorbid mental disorders other than mood disorders (RR, 95% CI: 0.38, 0.25-0.56; P <0.001) compared with those without treatment.

Investigators concluded among adults with comorbid OUD and mental disorders, treatment with BUP had a greater reduction in opioid use in comparison to treatment with MET.

They also noted that regardless of mental health condition type, treatment with either BUP or MET led to less opioid use than participants not treated with MOUD.

“Strategies to expand access to and engagement in all types of MOUD, especially BUP, and to retain OUD patients in MOUD are essential to address OUD and comorbid mental health complications,” investigators wrote.

The study, “Long-term Follow-up Assessment of Opioid Use Outcomes among Individuals with Comorbid Mental Disorders and Opioid Use Disorder Treated with Buprenorphine or Methadone in a Randomized Clinical Trial,” was published online in Addiction. 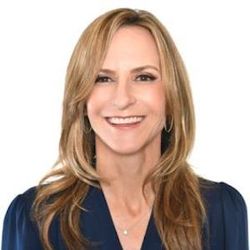