The uptake of modern glucose-monitoring technologies for people with T1D and T2D may be dependent on out-of-pocket costs, suggesting the need to reconsider cost-benefit profiles of these devices. 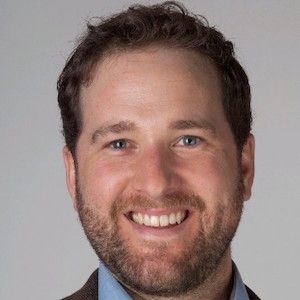 The findings from cohorts in Poland and the Netherlands reported that the next most important attributes when choosing a blood glucose monitor were increased device precision, reduction in skin irritation, and required number of finger pricks per day.

“As costs are the primary consideration for patients when deciding to use a glucose-monitoring device or a standard finger prick, it may not be a question of willingness-to-pay (WTP), but the ability to pay that is determining glucose monitor choice,” wrote study author Ian P. Smith, Healthcare Innovation and Evaluation, University Medical Center Utrecht, Julius Center for Health Sciences and Primary Care.

Self-monitoring of blood glucose is a foundation of metabolic control and has typically been performed using the finger-prick test. The technique is highly accurate but can represent a large patient burden. Recent developments have led to commercially available medical devices, which provide more detailed daily blood glucose-level information by showing trends over time.

However, these devices vary in functionality and are often not reimbursed through insurance plans, leading to high out-of-pocket costs for the patient. These differences in features and cost may result in a situation in which personal preferences guide device choice. Limited research has been performed to quantify patient preferences for glucose monitoring, despite growing interest in patient preference assessment.

To fill that gap, Smith and colleagues quantitatively assessed factors that patients with T1D and T2D consider important when choosing a glucose-monitoring device, and additionally identified WTP and expected uptake of these devices. Eligible participants were recruited from the Netherlands and Poland and completed an online discrete choice experiment (DCE) to quantify patient preference.

A total of 521 respondents completed the surveys and 487 responses were included in the final analysis. Compared with the Polish sample, data show the Dutch sample was significantly older (51.6 years vs. 39.4 years) and less likely to monitor their blood glucose.

Results indicate significant heterogeneity of preferences was found for all attributes except for type of glucose information. Higher costs were associated with a lower likelihood of choosing a device, confirmed by the RIS with costs being 5 - 50 times more important than any other factor.

The findings suggest Polish patients were not as averse to additional finger pricks, finding it approximately half as important as Dutch respondents. However, Polish respondents valued switching to a device from a finger-prick test more than Dutch respondents.

“In light of these clear preferences to switch from glucose measurement by finger pricks to more modern equipment, a critical review of the costs and benefits of such devices is needed to see if removing the cost barrier is justified by the potential improvements in blood glucose monitoring,” Smith added.

The study, “Diabetes patient preferences for glucose-monitoring technologies: results from a discrete choice experiment in Poland and the Netherlands,” was published in BMJ Open Diabetes Research & Care.