The COACH trial reported a hospital-based strategy led to lower risk of death from any cause or hospitalization for cardiovascular causes within 30 days than usual care in patients with acute heart failure. 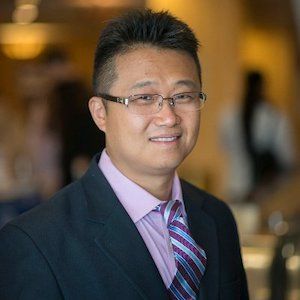 A hospital-based strategy to support clinical decision making and rapid follow-up led to a 12% lower risk of death from any cause or hospitalization for cardiovascular causes within 30 days among patients with acute heart failure, according to new research.

“Implementation of this approach across health systems may provide a pathway for early and safe discharge from the hospital or emergency department and improved patient outcomes,” wrote corresponding author Douglas S. Lee, MD, PhD, ICES.

Often, the emergency department is the first point of contact for patients with acute heart failure and physicians often rely on clinical judgment to determine whether to discharge or admit patients. High-risk patients may be discharged directly from the emergency department and experience adverse events, including deaths. Or low-risk patients may be admitted when a decision to discharge and monitor in an outpatient clinic may have been more fruitful.

The Comparison of Outcomes and Access to Care for Heart Failure (COACH) trial investigated a strategy to better clinical decision making, using a tool for objective risk stratification in the emergency department in combination with the provision of standardized transitional care when indicated. Lee and colleagues aimed to determine if the strategy led to better clinical outcomes than usual care, as well as non-standardized routine follow-up after discharge.

The stepped-wedge, cluster-randomized trial was conducted in 10 hospitals in Ontario, Canada and provided validated point-of-care tool for risk stratification to physicians. Each hospital was randomly assigned to staggered start dates for one-way crossover from the control phase (usual care) to the intervention phase.

Within the intervention phase, low-risk patients were discharged early and received standardized transitional care (in ≤3 days) and those with high risk were admitted to the hospital. The trial specified two coprimary outcomes: the composite of death from any cause or hospitalization for cardiovascular causes within 30 days after presentation and the composite outcome within 20 months after presentation.

Overall, 5452 patients who presented to the emergency department with acute heart failure were enrolled in the trial (2972 during the control phase and 2480 during the intervention phase).

The risk of serious adverse events occurring before the first outpatient visit within 30 days after discharge was no higher for those enrolled during the intervention phase than the control phase. Fewer than six deaths or hospitalizations occurred within 30 days.

The study, “Trial of an Intervention to Improve Acute Heart Failure Outcomes,” was published in the New England Journal of Medicine.