Led by Ying Zhang, PhD, a data scientist with Brigham and Women’s Hospital, the team of predominately Boston-based investigators sought to produce a metabolomic risk score for OSA, and to then use the score to define metabolites linked to the pathogenesis of OSA.

“OSA is a common disorder characterized by recurrent episodes of upper airway obstruction during sleep resulting in oxygen desaturation and sleep fragmentation, and associated with increased risk of adverse health outcomes,” they wrote. “Metabolites are being increasingly used for biomarker discovery and evaluation of disease processes and progression.”

Zhang and colleagues used data from the Hispanic Community Health Study/Study of Latinos to assess 219 metabolites and their link to OSA through the apnea-hypopnea index (AHI) for 3507 patients. The team developed the risk score by conducting an association analysis of the individual metabolites, then a least absolute shrinkage and selection operator (LASSO) regression to identify the subset associated with OSA.

All results were validated the through independent Multi-Ethnic Study of Atherosclerosis (MESA) dataset.

In HCHS/SOL, investigators observed 7 individual metabolites significantly, positively associated with OSA (P <.05). Among them, 4 were replicated in MESA (P <.05).

Zhang and colleagues additionally observed associated for AHI modeled continuously, though it was less significant.

The team concluded that the risk score demonstrated a “robustness” of association to population heterogeneity.

The study, “Development And Validation of a Metabolomic Risk Score for Obstructive Sleep Apnea Across Race/Ethnicities,” was presented at SLEEP 2022. 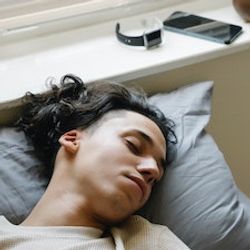