Novel Blood Test for Cancer in the Works

The technology for Down syndrome screening in pregnant women is being applied to cancer patients, and could cost around $1,000.

Similar blood tests which show pregnant women if their babies have Down syndrome are being tested for cancer detection.

Yuk Ming “Dennis” Lo from the Chinese University of Hong Kong invented the Down syndrome detection system and is currently testing similar technology for cancer. He believes the signs of cancer could be identified in the blood by studying the DNA released into a person’s blood cells by dying tumor cells. The test could cost as little as $1,000.

“It took 13 years to develop the prenatal tests, but the path was untrodden,” Lo said. “Cancer will take a shorter time.”

The researchers on this project believe the screening test should be used at patient’s annual physical exams, where a tumor might be in its earliest stages and can be treated more easily. For now, the tools are expensive: tumor DNA, if present, may account for just 0.01 percent of DNA fragments in a blood sample when in its early phases. The machine would have to decode almost 10,000 bits of normal DNA before identifying the cancer DNA strand. Sequencing machines can cost $10,000 or more, though it is doable.

The test Lo is developing could cut the cost of cancer screenings by about 90 percent, he believes. By following about 20,000 people in Hong Kong at risk for cancer in a governmentally-funded study, he is testing his technique. Many of these patients (about 10 percent) have hepatitis B and get ultrasound exams to spot tumors. But Lo is trying to prove a blood test is more effective for these patients.

Lo’s exam looks for changes in methylation, a chemical alteration to DNA that affects gene activity. The sequencing machine would be able to identify cancer cells, which largely lose their methylation marks. Lo believes this method is reliable, but not all scientists agree, citing false positives as a potential problem.

The test has not been commercialized yet. The license for the prenatal test belongs to Sequenom, a California company, which launched that test in 2011. 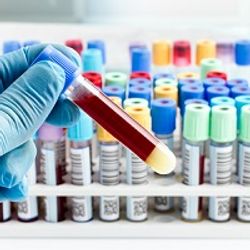 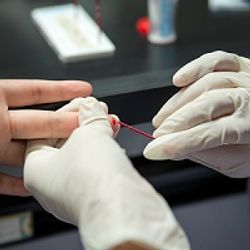