Opioids Are Widely Used to Treat Fibromyalgia, Despite Little Evidence of Efficacy

Should physicians prescribe opioids to patients suffering from pain associated with fibromyalgia. If they decide to do so, how can they tell which patients will benefit?

The use of opioids to treat fibromyalgia is soaring, but no data explain that increase. Except for a handful of small studies that demonstrated some efficacy for tramadol in the treatment of pain associated with fibromyalgia (http://1.usa.gov/zVo0tp, http://1.usa.gov/zcylAf), there has been a lack of well designed controlled trials looking into the use of opioids to treat fibromyalgia. Other studies (http://bit.ly/qRIQZ1), along with the anecdotal experience of many specialists, suggest that opioids are not effective for the vast majority of fibromyalgia patients and may worsen their condition.

Despite the lack of evidence supporting the clinical effectiveness of opioids in fibromyalgia, they are frequently incorporated into treatment for patients with this condition. A survey of 457 Canadian patients diagnosed with fibromyalgia published in October 2011 in the American Journal of Medicine found that those patients who received opioidsnearly a third of those studiedgenerally fared worse than patients who received no opioids as part of treatment (http://bit.ly/nstDVx). Indeed, opioid use among patients in this study correlated with lower education, unemployment, disability payments, current unstable psychiatric disorder, a history of substance abuse, and previous suicide attempts.

“The correlation certainly does not prove that opioids cause these negative outcomes, but such correlations should be enough to check the wholly unjustified surge in the use of strong opioids for fibromyalgia treatment. Not only is there no evidence that strong opioids do any good, there’s also a growing circumstantial case that they harm fibromyalgia patients,” says the study’s lead author, Mary-Ann Fitzcharles, MB, CHB, from the Division of Rheumatology at McGill University Health Center’s Alan Edwards Pain Management Unit.

In addition to afflicting fibromyalgia patients with the same general side effects they bring about in many long-term users (ie, dependence and the diminution of both mood and cognitive function), opioids may present special dangers in this case. Fitzcharles says that some of the side effects of opioids mimic the symptoms of fibromyalgia, symptoms like fatigue, sleep disturbance, increased pain due to hyperalgesia, and poor mood. Opioids may thus worsen the symptoms of fibromyalgia, a hypothesis that would explain some of the correlations Fitzcharles found in her study.

Individualized treatment is the key

Other pain specialists who regularly treat fibromyalgia voice similar skepticism about using opioids as a general treatment for the disease. “Opioids are very effective at treating many types of acute pain, but there’s very little evidence to suggest they’re effective at treating any type of chronic pain,” says Don Goldenberg, MD, Chief of Rheumatology at Newton-Wellesley Hospital in Massachusetts and Professor of Medicine at Tufts University School of Medicine.

Goldenberg, who authored the book Fibromyalgia: A Leading Expert’s Guide to Understanding and Getting Relief from the Pain That Won’t Go Away (http://amzn.to/xQgXf0), points out that the pathology of fibromyalgia suggests there is little chance that opioids would be effective against this particular disease. “Fibromyalgia affects the function of numerous systems throughout the body, but there’s no evidence that it brings about any abnormalities in the body’s opioid system,” says Goldenberg, who hypothesizes that the desire for easy solutions has led both doctors and patients to turn to opioids.

Effective treatment of fibromyalgia pain requires a complex and time-consuming mix of medication, exercise, relaxation, counseling, and other supportive therapies. This approach to care requires a great deal of effort from both doctors and patients. This can present a challenge for timestrapped clinicians and patients who are seeking fast relief from their pain.

Still, despite their doubts about the general efficacy of strong opioids for treating fibromyalgia, the experts interviewed for this article say opioids are worth a try, as a last resort, if no other combination of therapies provides adequate pain relief. Such steps, however, require that doctors commit themselves to guarding against addiction and other risks associated with opioids and to weaning the vast majority of patients who don’t respond to the opioids off those habit forming medications.

“When a patient is in serious pain, you have to be willing to use every possible tool to alleviate that pain or to send your patient to someone who can properly use every possible tool. The data seem to suggest the most fibromyalgia patients don’t respond well to opioids, and it’s reasonable to be concerned by the overall percentages of fibromyalgia patients who receive opioids, but everyone who treats this disease has seen plenty of individual patients who feel better and function better on opioids,” says John Peppin, DO, Director Clinical Research Division, The Pain Treatment Center of the Bluegrass in Lexington, KY.

According to Peppin, “physicians shouldn’t be taking opioids off the table for individual patients because they’re concerned about the use of opioids in the fibromyalgia population as a whole.” 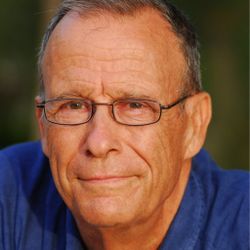