According to a recent systematic review, limited evidence exists to guide clinicians on the best approaches for managing pain in older (> 50 years of age) patients who have suffered a hip fracture. The strongest evidence supports nerve blockade to improve acute pain and to reduce risk for delirium. Data also suggest that preoperative traction does not improve relief from acute pain.

According to a recent systematic review, limited evidence exists to guide clinicians on the best approaches for managing pain in older (> 50 years of age) patients who have suffered a hip fracture. The strongest evidence supports nerve blockade to improve acute pain and to reduce risk for delirium. Data also suggest that preoperative traction does not improve relief from acute pain.

Standard practice for managing pain after hip fracture differs from center to center, study investigators noted in an interview. Furthermore, no evidence-based recommendations exist to guide the management of pain after acute hip fracture. In older adults, fear of adverse events may affect a physician’s willingness to prescribe opioid analgesics. Pain assessment, usually dependent on self-report, is made more difficult by cognitive impairments common in this population.

Eighty-three published studies (64 randomized, controlled trials [RCTs]; 5 non- RCTs; and 14 cohort studies) met the criteria for inclusion in the review, findings of which were published in the May 16, 2011 issue of Annals of Internal Medicine (http://hcp.lv/irK77c). Included studies were evaluated to determine the benefits and harms of a variety of interventions for pain associated with hip fracture.

The review found moderate-level evidence (29 RCTs, 3 cohort studies) that nerve blockade is more effective than standard care at reducing the need for supplemental systemic analgesia. Available evidence is inadequate to support the use of one blockage approach over another.

Mortality, delirium, or other medical complications did not differ among patients using either spinal anesthesia or general anesthesia.

Low-level evidence suggests that pain or complications are not reduced by the use of preoperative traction. Similar results were reported in a 2006 Cochrane review (http:// hcp.lv/io3H0N).

Limited evidence supports the use of acupressure, relaxation therapy, TENS, and physical therapy to safely reduce pain. Proper implementation of these techniques may require additional time and training of clinical staff.

Systemic analgesics and other interventions

The strength of evidence for all other interventions, including systemic analgesics, was inadequate to estimate their benefits and harms, primarily due to lack of reporting or inadequate study power and number.

A lack of evidence does not equate to these interventions not being effective; rather, the evidence is inadequate to permit conclusions about their effectiveness. Until additional trials provide stronger data, the authors wrote, “pain management in this population will rely heavily on availability of the interventions, staff skills, and training and pre-existing patient comorbidities.”

When asked to comment on their findings, the principle investigators of the study said that “We should be focusing our research efforts to identify best practices for pain management after a hip fracture; especially in light of the fact that this is a major public health issue that occurs commonly in elderly adults and the incidence is expected to increase in line with the increased size of the geriatric population.”

When asked about the most important message of this report, the study authors replied, “After an extensive review of the literature, it is clear that there is still much work to be done in the area of pain management for older persons with hip fracture. The common belief that pain following hip fracture surgery is inevitable, or is self-limited and not worth treating, is false. Adequate pain management is essential for a successful recovery so that complications can be avoided, early ambulation commenced, and transitioning to less intensive care settings is achieved. We can make a material difference to the outcome of these patients if we follow simple, known strategies, but some changes might need to be made in the way we organize care for these patients in hospital (from admission to discharge).”

C Difficile Cases Down Due to Enhanced COVID-19 Measures 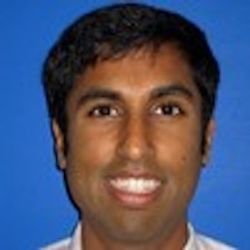