There is a controversy about whether patients at a low risk of coronary artery disease (CAD), especially women, presenting to the emergency department (ED) with chest pain should be subjected to further investigations such as cardiac imaging. False-positive results are more common in women than in men with certain noninvasive modalities such as exercise testing and radionuclide studies. Keeping these premises in mind, the objective of the study by Truong and colleagues was to assess if gender-based differences were a factor in the effectiveness of early cardiac computed tomographic angiography (CCTA) versus standard ED evaluation in patients presenting with acute chest pain.

The authors conducted a prespecified analysis of previously published data from the Rule-Out Myocardial Infarction with Computer- Assisted Tomography (ROMICAT) II trial, which randomized 1000 patients aged 40 to 74 years with symptoms suggestive of acute coronary syndrome (ACS) to either early CCTA or standard evaluation (SE) in the ED.1 SE included no diagnostic tests, stress testing such as treadmill exercise, or exercise- or pharmaceutical-induced imaging using echocardiography/radionuclide techniques, or coronary angiography. Inclusion criteria included chest pain of at least 5 minutes’ duration in the preceding 24 hours, no prior CAD or ischemic electrocardiographic changes, negative initial positive troponin test, and judgment by ER physicians that further evaluation for ACS was necessary.

The primary end point, which was the length of hospital stay (LOS), was significantly reduced in the CCTA arm compared with SE (mean reduction of 7.6 hours, P <0.001)1. The rate of discharge from the ED, a secondary end point, was also superior with CCTA: 47% compared with 12% for SE (P <0.001). There were no significant differences in other secondary end points such as major adverse cardiovascular events at 28-day follow-up by phone interview, rates of coronary angiography and revascularization, and cumulative costs ($4,289 and $4,060 for CCTA and SE, respectively).1

In this particular analysis by Truong et al, 468 (47%) of the 1000 patients enrolled were women. Important gender-based differences in effectiveness of CCTA emerged in the analysis. CCTA resulted in 13.6- hour and 19.4-hour reductions in mean and median LOS compared with SE in women. LOS reduction was less marked in men: 2.2 hours for mean LOS and 16.6 hours in median LOS (P <0.01 for genderbased interaction for both mean and median LOS). Use of CCTA compared with SE was also associated with an almost 3-fold statistically significant increase in direct discharge from the ED (55% vs 14% for women, and 41% vs 12% for men). Hospital admission rates were reduced by nearly half in women, but no difference was noted in men. Women also had a lower rate of ACS as a final diagnosis than men (3% vs 12%; P <0.0001). No ACS was missed in either arm.

With regard to other secondary end points, use of CCTA led to an increase in the use of additional diagnostic procedures during index visit and at 28-day follow-up in both men and women, with no significant interaction by gender noted. Rates of coronary angiography in women in both arms of the study were similar (approximately 5%). However, angiography was performed in almost twice as many men who underwent CCTA compared with SE (16% vs 9%; P = 0.02). By 28 days of follow-up, 3% of women and 10% of men in the CCTA arm had undergone revascularization (angioplasty or bypass surgery), compared with 1% of women and 7% of men in the SE group (withingender differences not statistically significant). Compared with SE, increased cumulative radiation exposure (P <0.0001) was noted with CCTA but the cumulative radiation dose was lower in women than men at both the index visit and 28-day follow-up (P <0.02). Use of the newest 128-slice dual-source CT (in contrast to standard 64-slice CT), available in one-third of the research sites, was associated with a lower and similar mean cumulative radiation dose between 5 and 6 mSv for both SE and CCTA in women, but this dose was twice as high in men at 28-day follow-up.

In conclusion, compared with men, women who underwent CCTA had a shorter LOS, a decreased rate of admission to hospital, and a lower cumulative dosage of radiation. The data from this study suggest that early CCTA may be a superior alternative to SE in women presenting to the ED with symptoms suggestive of low to intermediate risk ACS.

CommentaryMore evidence about CCTA in the ED Setting

The authors of this study found that women presenting to the ED with chest pain suspicious for low- to intermediaterisk ACS may derive greater reduction in hospital LOS with use of CCTA compared with SE. The greater reduction in LOS in women was likely driven by higher prevalence of normal CCTA in women (90% vs 80%) as there were no gender-based differences in LOS when CCTA was normal (nonobstructive or no CAD). CCTA was associated with increased downstream testing and radiation exposure, especially in men who underwent more coronary angiography and had higher mean radiation exposure.

The positive predictive value of CCTA in diagnosing CAD ranges from 64% to 91%, with a false-positive rate of up to 35%.2- 5 However, CCTA has excellent negative predictive value, and is recommended for assessing symptomatic patients with low to intermediate likelihood of obstructive CAD.6 In ROMICAT II, CCTA was associated with increased utilization of coronary angiography (in men) and nuclear testing, both of which further add to radiation exposure. Coronary angiography has a small risk (<1%) of serious complications. Dye exposure and contrast nephropathy also warrant careful patient selection in real-world scenarios. Lately radiation exposure with CCTA and nuclear imaging has also attracted considerable attention in the press and media. Available observational studies suggest that even small doses of radiation from medical procedures may increase the lifetime risk of cancer, especially in young patients and women.7 The authors cite the recent report by the American Association of Physicists in Medicine, who opined that cancer risk may not be increased above baseline with exposures approaching an annual background exposure dose of ~3 mSv, which may be possible with newer CT scanners under development.8,9 Nevertheless, repeated exposures in a fragmented health care system such as ours quickly add up, and patients may be exposed to an unacceptable level of medical radiation over a period of time.

Concerns have been expressed in the literature about whether most of the low-risk patients presenting to the ED should be exposed to a battery of expensive tests.10 Because of this, the approach of not conducting further noninvasive testing in low-risk patients may seem reasonable (and warrants further study), especially if they have a favorable risk factor profile and negative serial troponins and ECGs. Judicious outpatient follow-up may serve them as well.

This analysis from ROMICAT II, with its important gender-based findings, adds to the growing pool of evidence utilizing CCTA in the ED setting. More evidence evaluating the diagnostic performance of CCTA in real-world scenarios is needed as it finds its true place in the armamentarium of cardiac imaging procedures. 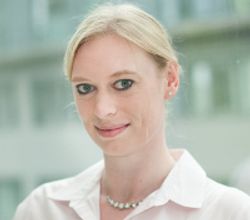