Use of Statin Therapy Associated with Progression of Diabetes

Although statin therapy has been associated with increased insulin resistance, there are still questions on the clinical importance of increased resistance to actual care of patients with diabetes.

As a result, a recent study assessed the progression of diabetes after the initiation of statins in a national cohort of patients covered by the US Department of Veteran Affairs (VA).

Led by Ishak A. Mansi, MD, VA North Texas Health System, the team of investigators observed statin use was associated with the progression of diabetes, including a greater likelihood of insulin treatment initiation, significant hyperglycemia, acute glycemic complications, and an increased number of glucose-lowering prescriptions.

Patients who were considered to meet criteria were ≥30 years old at index date and regular users of the VA health system. This included ≥1 VA encounter, blood pressure and weight, VA pharmacy dispensing, and data on blood glucose, creatinine, and LDL cholesterol.

Further, the diabetes progression composite outcome was defined as the following: new insulin initiation or increase in number of glucose-lowering medication classes; new persistent hyperglycemia complications, including ≥5 measurements of blood glucose of 200 mg/dL, or a new diagnosis of diabetes with ketoacidosis or uncontrolled diabetes.

The team created a propensity score to match statin users and active comparators at a 1:1 ratio.Then, investigators compared the propensity score matched cohort using conditional logistic regression in calculation of odds ratios (OR) and 95% CI.

What did they find?

What are the takeaways?

Investigators noted that although the higher risk of diabetes progression after statin use may seem less consequential in comparison to cardiovascular benefit, it is worth considering the risk-benefit ratio of statin use.

“However, diabetes progression has long-term effects on quality of life and treatment burden, which warrant consideration when discussing the overall risk-benefit profile, especially when used for primary prevention,” investigators wrote.

The study, “Association of Statin Therapy Initiation With Diabetes Progression,” was published in JAMA Internal Medicine. 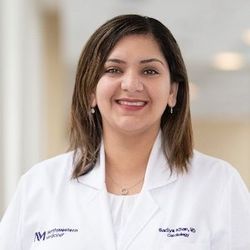