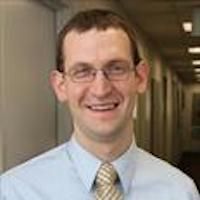 New findings suggest a direct association between high levels of a pair of subclinical cardiovascular disease biomarkers and fall risk in older adults.

Juraschek told MD Magazine® regardless of what caused the fall, the association was strong—both uniquely and independently of one another&mdash;among the observed geriatric population.

“I think that this is really novel, as far as I know it has never been looked at before,” Juraschek said.

Using 2011-2013 data from the ongoing Atherosclerosis Risk in Communities Study, the investigators determined the fall risk of 3973 participants with a mean age of 76 years, by measuring either biomarker while comparing the data from 457 subsequent falls during a median follow-up of 4.5 years.

The prospective epidemiologic study, sponsored by the National Heart, Lung, and Blood Institute (NHLBI), is conducted in North Carolina, Maryland, Mississippi, and Minnesota. It originally began in 1987.

There is no evidence that factors such as race or gender determine how much the biomarkers are linked to fall risk, Juraschek added.

“It kind of suggests that regardless of whether you’re a man or a woman, or you’re white or black, subclinical cardiovascular disease and these markers is strongly associated with fall risk,” Juraschek said.

Investigators excluded any patient in the study with a known history of coronary heart disease, heart failure, or stroke.

Hs-CTnT is a protein unique to the heart that is elevated during a flagrant heart attack. It is also a marker for a latent or micro-injury to the heart for those not suffering from a heart attack, making it a good measurement for subclinical cardiovascular disease.

NT-proBNP is a marker of heart strain, typically used clinically in the setting of heart failure. When elevated it can explain whether symptoms such as shortness of breath are related to an underlying heart issue.

Juraschek said additional studies are needed to further explore the relationship between subclinical cardiovascular disease and the risk of falls for older adults.

“We think there is a number of very plausible biologic mechanisms that can’t be proven in our study,” he said. “One of those is when you think about the cardiovascular system, it plays a critical role in blood supply to a number of key tissues that are associated or important to balance or muscle strength for fall prevention.”

He believes there could be a number of mechanisms which mediate this relationship.

As a follow-up to the study, investigators plan to examine different pathways related to the markers as potential mediators to fall risk including gait speed, muscle strength and balance. They also plan to study orthostatic hypotension, which is strongly related to cardiovascular disease.

Although there are no immediate plans to study this, Juraschek said it would be interesting to examine whether lowering levels of the markers would reduce the risk of falls in a clinical study.

The study, “Subclinical Cardiovascular Disease and Fall Risk in Older Adults: Results From the Atherosclerosis Risk in Communities Study,” was published online in the Journal of the American Geriatrics Society.