Leonard H. Calabrese, DO, leads the discussion on a real-world case-based scenario of a 31-year-old woman with psoriatic arthritis and shares clinical impressions.

Anthony M. Turkiewicz, MD: Let’s move on to some cases. We’ve got 3 total here. The goal with these “real-world” scenarios is to bring up some interesting tidbits that may come up in clinic, with some comorbid issues and the like. I’ll go ahead and read them out, and we’ll start with Len Calabrese on this first one. This is a 31-year-old Caucasian female, presented to her PCP [primary care physician]. She had some body aches, some difficulty in picking up her child and some of her ADLs [activities of daily living], like cleaning the house. She’s had scalp psoriasis for 6 years, it looks like shampoos had controlled it well. She also had this prior history in her records that talked about some questionable multiple sclerosis [MS].

Physical examination showed some synovitis over the elbows, some PIP [proximal interphalangeal], in the MCP [metacarpophalangeal] joints. She also had some right-knee synovitis. On our neurologic exam, there were no sensory deficits or hyperesthesia; there was not a very accurate motor exam as the patient had some limitation on active range of motion. On imaging, she already had some asymmetric erosive changes in the small joints in the hand, some joint space narrowing in IP [interphalangeal] joints. On laboratory tests, she had elevated CRP [C-reactive protein], modest elevation in SED [sedimentation] rate; let’s make her negative ANA [antinuclear antibody] and rheumatoid factor. That being said, Len, do you have any impressions, further thoughts and maybe treatment thoughts in this regard?

Leonard H. Calabrese, DO: This is a relatively young woman, and she clearly has what sounds like documented psoriasis. I don’t see anything on this exam at this time, but let’s assume this is bona fide psoriasis. She has arthritis, and she has multiple tender and swollen joints, and alarmingly, she has erosions at baseline for our encounter. She hasn’t been on any therapy other than topical, so she’s in a wide open space. The fly in the ointment here is the “history of multiple sclerosis.” That may be real, it may not be real. This is often a difficult disease. This generalized achiness, I don’t see anything on her exam about generalized soft tissue tenderness. When I hear this questionable multiple sclerosis, that usually means a person has some type of fatigability, intermittent, either dysesthesias or pseudo dysesthesias, so that’s in my mind to sort that out.

This person is in trouble. She’s young, and she already has an erosive disease and needs therapy. The first thing I would do, among other things, she’s already been x-rayed, her exam is done; you’re assessing comorbidities here. I don’t hear anything about any bowel symptoms. I don’t know what her habitus is, if she’s elevated BMI [body mass index]. She deserves some baseline lipids even if she’s only 31. I would screen her with a metabolic profile and a hepatitis profile because she’s going on to some type of therapy. I’d go into that MS [multiple sclerosis] deal a little, and if it had a high pretest probability, I’d send her to neurology to have that sorted out. Let’s say she believes she has multiple sclerosis, or somebody has documented this, that’s a fly in the ointment in the progression.

That would be my work-up, and then we’ve got to start talking about picking some therapies here. Let’s say that we can’t rule out the MS at this time, but she’s in distress, she has erosive disease. I would start her on methotrexate, and she’s probably going to escalate to a biologic, but she’s got to go down this road. Methotrexate and multiple sclerosis go together just fine. There are some soft data that it may be helpful. Try to get her on this for 3 months and educate her, and see what’s going on. Anybody else have strong feelings any other way?

Sheetal Desai, MD: I agree. If she does have some questionable MS because of the demyelinating concerns, historically with one of the other TNFs [tumor necrosis factor inhibitors] in development in the 1990s, we have to avoid the anti-TNFs here. You’re going to be starting with methotrexate, which I feel like we all still do, start methotrexate in the majority of our patients before we rapidly go on to biologics, depending on how the patient does.

Anthony M. Turkiewicz, MD: It’s so tough, the MS paradigm; this is just a scenario, but it does happen. You’ll see it with these EMRs [electronic medical records] and 50 diagnoses, and you don’t know which is what. Same thing with inflammatory bowel, which is really just irritable bowel, but you start wondering and ask, “Who’s your GI [gastrointestinal] doctor?” Well, “I don’t have one.” “Who’s your neurologist?” They say, “I don’t have one.” “Did you ever see a neurologist?” “No, I never saw a neurologist.” We trust our patients; we listen to our patients. It’s hard to not see something like that on the chart and go out, I’m not one to sit there and start imaging the brain. I’d need neurology’s help. But a nice little look at her records, I hope we had a primary care provider who at least sent them our way.

Leonard H. Calabrese, DO: Yes, with who made the diagnosis. I agree. We’ve put that up there, it needs to be sorted out.

Anthony M. Turkiewicz, MD: Let’s assume, again, as Sheetal was saying, the nice thing about living in 2021 is we have NOAs [notices of admission]. If this was 2009, it would be a bit more challenging. But a good case. Ana-Maria, anything on your end? Do you have anything to add to this particular scenario?

Ana-Maria Orbai, MD, MHS: This case is not unusual. If we all mentally think through the CASPAR criteria and we did our due diligence, we checked rheumatoid factor, we checked anti-CCP [anti-cyclic citrullinated peptides] to rule out rheumatoid arthritis. This young woman is unlikely to have gout, especially with this presentation with MCP, PIP, DIP [distal interphalangeal], large-joint arthritis. I would not hesitate to go to an IL-17 [interleukin-17] inhibitor or an IL-23 inhibitor in her case. I would initially overlap with the methotrexate. If she didn’t achieve remission in those 3 months, with this burden of disease, in my experience I’m not sure we can expect her to achieve remission in 3 months with methotrexate. I feel this is someone who is going to need more therapy.

Leonard H. Calabrese, DO: I agree.

Ana-Maria Orbai, MD, MHS: And an IL-17 inhibitor is right there. I would just grab it. 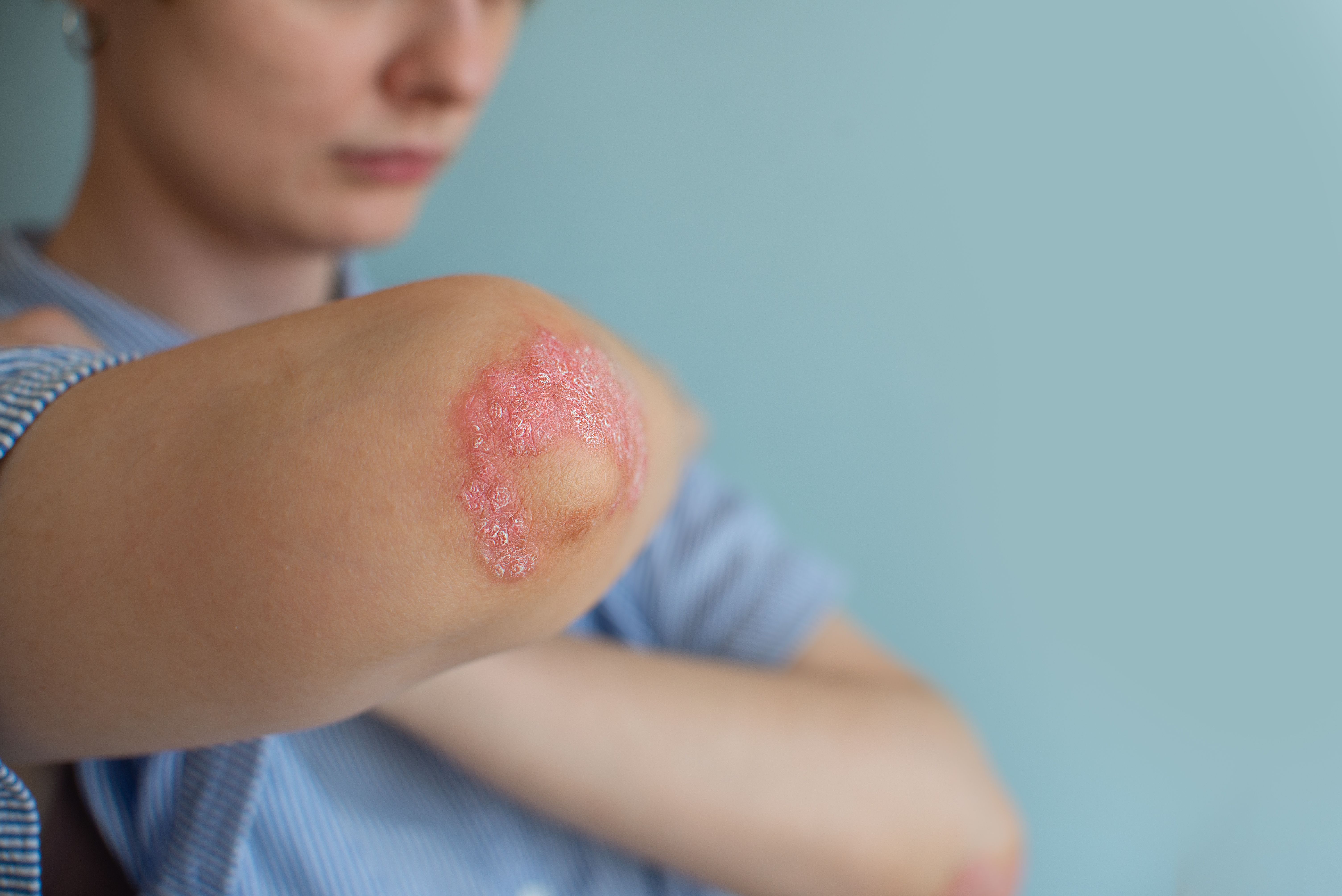