Factor IX hemophilia B treatment BAX 335 and investigational factor VIIa treatment BAX 817 were shown to be safe and effective in clinical testing. 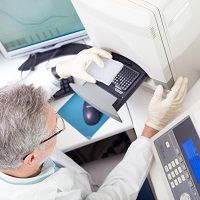 Baxter’s latest hemophilia A and B therapies, BAX 335 and BAX 817, have been successful in their latest respective trials, according to 2 press releases from the company.

For the open label clinical trial designed to assess the safety and optimal dosing level of BAX 335, a factor IX (FIX) hemophilia B treatment, the Baxter researchers examined 16 adult patients with hemophilia B throughout the United States. BAX 335 was administered intravenously and the study was also designed to evaluate the optimal dose to achieve stable therapeutic plasma FIX activity. The researchers additionally wanted to determine the pharmacokinetics and immune responses to the treatments.

Six patients in 3 dosing cohorts were treated in the trial and demonstrated evidence of a dose related response, the statement said. There were no developments of inhibitors in any patients. In the 2 cohorts with the highest dosages, 2 patients demonstrated FIX activity levels around 10 percent or more. Those patients additionally experienced bleeding events. One of those patients was noted for elevated levels of liver enzymes signifying of an immune response, which was treated according to protocol with oral corticosteroids.

“We continue to make steady progress in advancing our hemophilia B program with this technology and look forward to better understanding the applicability of this technology platform in hemophilia A patients as well,” explained Baxter BioScience vice president and global head of research and development John Orloff, MD, in a press release. “With the potential to redefine the treatment of hemophilia, this gene therapy technology is a central part of our R&D focus as we prepare to become an independent company this year.”

In March, the company announced that its phase III clinical trial of BAX 817 — designed to test the safety and efficacy of an investigational factor VIIa treatment for hemophilia A or B patients who have developed inhibitors – was successful.

The patients tested BAX 817 use in male patients aged 12 to 65 years with wither hemophilia A or B and inhibitors over a 6 month period with on demand therapy. The researchers said the test was successful because acute bleeding episodes were resolved at 12 hours with both on demand treatment regimens (doses were either 3 x 90 µg/ kg or 1 x 270 µg /kg) were successful at 98 and 85 percent, respectively. The researchers commented that 89 percent of patients included in the trial reached sustained bleeding controls for all acute bleeding episodes by 24 hours after infusion.

“The development of inhibitors remains one of the most significant challenges in treating hemophilia, as it may place patients at increased risk for life threatening complications resulting from difficult to treat bleeding episodes,” Orloff continued at the time. “These positive results reflect our commitment to addressing the complex treatment of hemophilia patients with inhibitors, and reinforce our legacy of advancing hemophilia care worldwide.”

No patients developed inhibitors to BAX 817 and no patients discontinued treatment due to adverse events. However, the researchers noted one patient was hospitalized due to not responding to BAX 817 after a traumatic muscle bleed.