Yoga May Improve Quality of Life for Hemophilia Patients

Children and adolescents with hemophilia enrolled in a yoga program demonstrated improvements in quality of life. 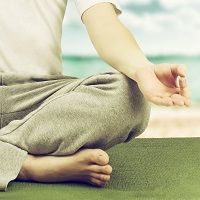 Yoga may improve the quality of life of hemophilic children and adolescents without increasing the risk of injury, according to findings published in the International Journal of Community Based Nursing and Midwifery.

Researchers from the Shiraz University of Medical Sciences in Iran observed 27 hemophilic boys between the ages of 8 and 16 years old (16 boys aged 8-12 years and 11 aged 13-16 years) in order to investigate the effects of yoga on quality of life in children and adolescents with hemophilia. Only 4 patients had hemophilia B, with the rest having hemophilia A.

The researchers wrote that hemophilia can often impair the quality of life for young people with the disease, and hypothesized that yoga would aid this. The boys were divided into 2 groups after being evaluated for number of bleedings, absences from school, and referrals to the clinic. Demographic data was also collected from interviews and using the patients’ records from the hemophilia center. The investigators used the Hemo-QoL questionnaire to evaluate the boys’ quality of life.

The investigators were present in all the yoga classes to ensure the procedure was followed. The classes included warm up practices, physical postures (asana), controlled breathing practices (pranayama), and relaxation.

Data was collected in 3 stages — baseline, at the end of week 8, and at the end of week 14 – using the SPSS statistical analysis software. None of the children reported any adverse effects regarding the program. The patients demonstrated improvements in quality of life before the intervention compared to at the end of both weeks 8 and 14.

There was also a reduction in the mean number of bleeding events, referrals to the hemophilia clinic, and school absences during the course of the assessment.

“In the present study, yoga improved the physical, psychological, and social domains of the hemophilic children’s life,” the authors wrote. “Referrals to the hemophilia clinic and school absences were decreased, too. Yoga may represent a particularly promising approach for improving the lifestyle of the children with hemophilia.”

The researchers additionally commented that their study results were aligned with various other studies that compared yoga interventions to quality of life measurements in irritable bowel syndrome patients and other chronic disease patients.