Understanding the Potential for Efraloctocog Alfa Treatment in Hemophilia A

Treating hemophilia with efraloctocog alfa will likely bring about quite a few changes for other hemophilia treatments, as well. 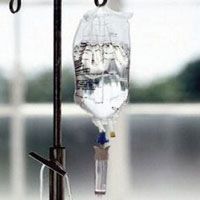 Moving from development stages to clinical practice for hemophilia treatment therapeutics will bring about the next wave of options for treatment, such as efraloctocog alfa (rBDD FVIII Fc, according to an analysis published in the Journal of Blood Medicine.

Investigators from the Children’s Hospital of Philadelphia observed current trends in medication for hemophilia in order to determine the safest and most efficacious treatments available. Even though there have been what the researchers called “remarkable advances” in hemophilia care recently, they wrote that the improvements had not until now been made to the pharmacokinetic properties of factor products.

“The use of these products will undoubtedly raise important discussion about choosing conventional factor over new long acting factor products,” the authors said. “Incorporation of these therapies into clinical care is accompanied by unanswered safety questions that will likely be evaluated only in post marketing surveillance analysis.”

The researchers explained that the recently approved rBDD FVIII Fc and other treatment strategies in preclinical or early phase clinical development are likely to change the way hemophilia patients are treated. Specifically, the diverse biochemical characteristics, incorporation strategies, and careful surveillance will all make rBDD FVIII Fc administration and use easier and more widespread.

In a phase 3 trial, rBDD FVIII Fc was shown to extend the median dosing interval to 3.5 days. The weekly factor dose was an average of 77.7 IU/ kg. Additionally, about 90 percent of bleeds were resolved in a single factor dose, and nearly all resolved after 2 doses.

In a pediatric trial, the dosing interval was again 3.5 days and nearly three quarters of subjects reduced prophylactic dosing interval from their previous FVIII product. However, only preliminary results from the pediatric study were available so far. The authors additionally concluded that rBDD FVIII Fc was safe overall.

“Although rBDD FVIII Fc will likely allow for some decrease in prophylaxis and venipuncture frequency, results are, overall, less dramatic than findings observed in the FIX Fc fusion product, Alprolix (Biogen Idec),” the authors wrote regarding prophylaxis treatment with rBDD FVIII Fc.

They believe that these small changes may allow for a reduction in the need for central venous access devices. However, they wrote, increasing the time between doses may result in greater time spent with lower factor levels when compared to traditional prophylaxis administration frequency. This is more of a concern for FIX Fc than rBDD FVIII Fc, they wrote.

There is no concrete data about the cost of rBDD FVIII Fc yet, but the researchers wrote protein replacement therapy is overestimated at $200,000 per year per patient. Another reason the cost is unclear is because of the undefined involvement of funders or payers for this new treatment.

“An important consideration, however, is that although higher troughs will necessitate increased factor use and expense, they may reduce bleeding complications and sequelae, thereby reducing the overall cost of care,” the authors wrote. “Further, it is possible that long acting factor products may result in decreased pricing of traditional factors making them more affordable to patients who currently do not have access to factor.”