Progression of SCD and Management Throughout a Patient’s Life

Shared insight on how a patient’s life may progress following a diagnosis of sickle cell disease, along with considerations for pediatric versus adult management.

EP: 2.Progression of SCD and Management Throughout a Patient’s Life

EP: 15.Understanding the Risk-Benefit Ratio of Gene Therapy in SCD

Ifeyinwa Osunkwo, MD: Dr Smith, as an internal medicine provider who’s focusing on sickle cell disease, what do you find when you see a patient in the clinic? What’s the main reason why they come and see you? What do you want to focus on? What are your main considerations? Not just about pain management but overall care of the patient. Can you talk about your clinical practice?

Wally R. Smith, MD: The first thing to remark on is the growth of the adult clinical practice. It used to be that children with sickle cell disease didn’t see their 20th birthday. In the 1970s, that was a commonplace occurrence. I’m happy to report that that’s no longer true: 95% of children make it to adulthood with sickle cell disease. We have the pleasure of attempting to entice them to come into adult care. They don’t always come. The transition is rocky, so getting them through that transition so that they bind with the adult clinic is a prime consideration.

A second thing that happens is that the burden of disease shifts from infection, anemia, the need for transfusion, and stroke in children to immense amounts of pain in adults. There are a lot of biological reasons why that might happen, but the most important thing is that they’ve lived long enough that suddenly, new organs that weren’t failing before began to fail. We now understand that chronic pain is its own disease, so you could have sickle cell disease and morph into chronic pain, and you could have some other disease and morph into chronic pain, and chronic pain becomes your life once you have it. That’s a real problem.

Another problem that has been mentioned is the immense psychosocial, cognitive, financial and behavioral care burden that comes with adults in transition, especially into the 30s and 40s. We have a team of people who do nothing but try to help people with those burdens. The real possibility of death faces these patients, so patients will say to me as they’re in the hospital and very ill, “Is this it? Am I going to die?” Sometimes they’re asking the right question. There’s a possibility that they die in the hospital. There’s even possibility of having sudden cardiac death at home; sudden pulmonary embolisms kill people at home. These are leading causes of mortality in adults. If that doesn’t get you, then later if your kidneys begin to fail, you might end up on dialysis if you live long enough. The adult life where organ failure and pain begin to dominate the clinical picture is a lot different from the pediatric life in which the goal is to not die from infection, to not have a stroke, and to not have a second stroke if you have the first.

Ifeyinwa Osunkwo, MD: That explains a lot about why these young people don’t want to go to the adult side of things. [They’re thinking], “If I hold off long enough, I won’t have to face the reality” that Dr Smith just mentioned. Dr Shah, how do you convince a young adult as you work with them that growing up is part of life and that they will have to confront the scary life of an adult with sickle cell disease that Dr Smith just mentioned? What’s your strategy to optimize them staying in care and moving on to hopefully do better than their predecessors?

Nirmish Ramesh Shah, MD: It’s not an easy process, but it’s a process. You must take time, start early, and set expectations, and you have to be real. I leverage what Dr Smith just said. He laid it out that we need to be real, patients don’t want to have things candy-coated. They want things to be understood but have some real optimism when they can have it, but they also try to give us some options of what we can do. To answer your question, we have to start early, have them understand their disease, and know who they are with sickle cell disease. They need to know what to do in different situations and what medications they’re taking. They need to know everything they can about the complications that might occur, and then they need to know where they’re going in life. We need to help them understand that this is a part of who you are, but where do you want to go? Do you want to work? Do you want to go to school? How can I help you be successful in what you want to do? That’s something that some of us try to get patients to understand: how do we get to the adult world successfully? It’s a process, and it’s a hard process. Each of us as medical providers needs to understand, it’s going to take time, but it’s invaluable to put that time in because patients need to trust that you’re doing the right thing for them alone and not just making a general statement. That’s a huge part of trying to help them be adults.

Ifeyinwa Osunkwo, MD: I have raised 3 teenagers. With the last 1, I’m praying to God that I can make it through. Even without sickle cell disease, it’s extremely difficult to raise a young adult from ages 13 to 25. Lord, have mercy; it’s extremely difficult. When you add sickle cell disease on top of that, I can’t even imagine how challenging that is. I joke with my team, I said, “Young adults lose their brain at 16, and it doesn’t get back into their head until they’re 30.” You’re working with a bit of a developmental challenge. 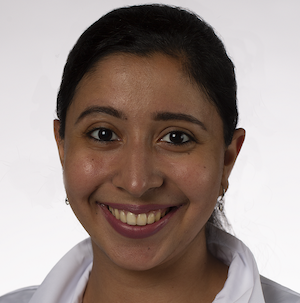