Considerations for voxelotor’s unique mechanism of action and prospective use in patients with sickle cell disease.

Wally R. Smith, MD: Voxelotor is the different kid on the block, right? It doesn’t do any of the things we just talked about; it’s a hemoglobin-oxygen enhancement binder. The goal is to get the blood to the place it needs to get to and not dumped off too soon. Without explaining too much about the hemoglobin-oxygen saturation curve, fetal hemoglobin, which we talked about earlier, holds on to oxygen very well, so the baby can suck mama’s oxygen away in utero. Voxelotor tries to imitate that. It tries to produce an altered hemoglobin S—not the same as baby hemoglobin F—that looks like hemoglobin A [because of] how much it holds on to oxygen. Because it does this, you don’t sickle as much and you dump oxygen off in the right places; you oxygenate your tissues better. It’s a capsule that you can’t crush chew or dissolve; you must take it whole. It’s 1500 mg: three 500-mg capsules per day. It was approved within a week of crizanlizumab in 2019. It’s expensive like crizanlizumab. It’s the only drug in its class, so it’s first in class, and it’s also the first drug approved for something other than pain reduction. It was approved because it increases the total hemoglobin count, usually reliably by gram or so, but it can be higher than that.

Whatever it’s going to do, it’s probably going to do within the first 2 weeks. If you’re going to see an effect, it’s going to happen within 2 to 4 weeks of therapy. As long as you continue taking the drug, the effect will last as long as 72 weeks, as the latest data show. This is the only drug that helps people get their housework done. You take it and you’ve got a little pep, and you can do more. Maybe you don’t hurt any less, but now you have little pep. It’s the first real, as I call it, fatigue drug. It increases the total hemoglobin and increases your functional status so you can get by without sickling as much. [It does this] early on, [so we can] see whether it does anything for improving organ function, improving all the things you would want to improve: heart, lung, kidney function, brain function. We believe and hope it can do those things. It’s not a blood substitute, so you can’t just run off and start taking voxelotor and stop getting transfused. It’s not going to usually get your hemoglobin up by some huge amount. There are a few people, a few who’ve gotten their hemoglobin by huge amounts, who have a 4- to 5-g increase. Usually, it’s more like 1 g, maybe 2 g. GI [gastrointestinal] distress is probably the most important adverse effect.

Headache is another important adverse effect. People don’t like to take the capsules because they’re big; swallowing the tablets is sometimes a problem. But there are very few adverse effects other than that, and certainly none of the ones we observed with the crizanlizumab parenteral therapy. Therefore, voxelotor is in a class by itself. 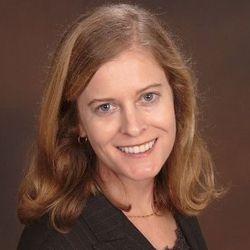 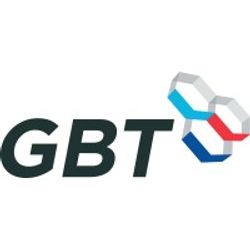