Surgeons recommend measures to reduce complications from cholecystectomy and splenectomy in patients with sickle cell disease.

In a review of outcomes from abdominal surgery in patients with sickle cell disease (SCD), investigators found the population at risk for postoperative complications that can be mitigated by multidisciplinary interventions.

"A multidisciplinary approach involving the hematologist, surgeon and anesthesiologist is required in the surgical management of sickle cell anemia," they indicated.

Topal and colleagues conducted a retrospective review of patients with SCD who underwent abdominal surgery at the Cukurova University hospital in the period of June 2011 through June 2018.A total of 15 patient were identified; 67% male, mean age 32.8 ± 13.8 years.Indications for surgery were cholelithiasis (73.3%), spleen infarction (6.7%), hypersplenism (13.3%), and cholelithiasis with hypersplenism (6.7 %).

"Major stress factors in the development of complications in patients with SCD are surgical and anesthetic applications, potential hypotension, hypoxia, acidosis, hypoperfusion and hypothermia," Topal and colleagues indicate.

Among their recommendations, is that patients should receive pneumococcal and H influenza type b conjugate vaccines at least 2 weeks before splenectomy, when splenectomy is under elective conditions.

"The importance of vaccination prior to splenectomy increases with the increase in the duration of hospitalization, due to increased susceptibility to encapsulated bacteria after a splenectomy," Topal and colleagues noted.

They emphasize the importance of preoperative clinical evaluation of patients with SCD, including ascertaining the sickle cell genotype, frequency of crisis, the last crisis history, duration of hospital stay during the painful crisis, triggering causes, opiate use, as well as complete hematological assessment.

"In patients with SCD, the factors that may cause vaso-occlusive crisis should be closely monitoredin the preoperative, intraoperative, and postoperative periods, and perioperative measures should be taken to prevent them," Topol and colleagues advised.

They note the importance of fluid replacement in patients with SCD, and that preoperative intravenous hydration should be continued until postoperative oral feeding. They also recommend blood transfusion and exchange transfusion if necessary to establish preoperative hemoglobin levels of around 10gm/dL and hemoglobin S below 40%.

In addition to the physiological measures, Topol and colleagues indicate the importance of managingperioperative emotional stress and pain. They assert that emotional stress can trigger a hemolytic crisis, and that anxiolytics should be used when necessary. While opioids are commonly used early in the postoperative period, they note the subsequent utility of non-steroid anti-inflammatory drugs (NSAIDs) and such non-pharmacologic interventions as heat or ice packs and relaxation music.

The review and recommendations, "Management of Abdominal Surgery of Patients with Sickle-Cell Anaemia," were published online in the Journal of Evolution of Medical and Dental Sciences (JEMDS) 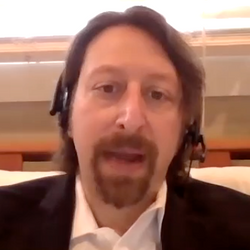 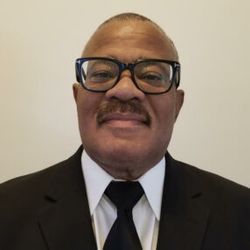