Results were consistent with ELARIS UF-I and reduced heavy menstrual bleeding versus placebo.

“Millions of women currently diagnosed with uterine fibroids are faced with limited non-surgical options,” Dawn Carlson, MD, MPH, vice president, general medicine development, AbbVie, said in a statement. “The results from this study demonstrate elagolix has the potential to be an important oral treatment option for women suffering from uterine fibroids.”

Study participants were premenopausal women, age 18—51 years old, with a diagnosis of uterine fibroids documented by a pelvic transvaginal and transabdominal ultrasound.

The overall safety profile for elagolix was consistent with previous findings observed in phase 2 studies and the first phase 3 study (ELARIS UF-1). Hypoestrogenic effects like hot flush and reduction in bone mineral density were observed. Safety data, including most common adverse effects continue to be collected.

Study participants will continue in either post-treatment follow-up or a blinded 6-month extension study.

Data from ELARIS UF-II supports the regulatory submissions for elagolix.

According to the National Women’s Health Network, uterine fibroids are the most common type of pelvic growth in women, impacting up to 80% of women by age 50. The fibroids are symptomatic in approximately one-quarter of women, causing heavy menstrual bleeding, painful periods, vaginal bleeding at times other than menstruation and anemia.

Last September, elagolix was submitted to the US Food and Drug Administration (FDA) as a treatment for management of endometriosis with associated pain, and in October was granted priority review designation. The FDA is expected to make a decision regarding the treatment by Q2 2018.

Elagolix, currently being investigated in diseases mediated by ovarian sex hormones like uterine fibroids and endometriosis, and, has to date, been studied in more than 40 clinical studies, totaling more than 3700 subjects.

Preterm Delivery Associated with Risk of Chronic Hypertension in Women 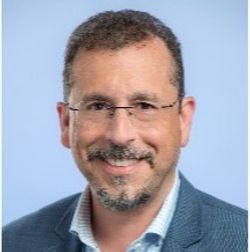 Reducing the Stigma of Unplanned Pregnancy Starts with a Conversation