Fatty Pancreas: Is It a Benign Entity? 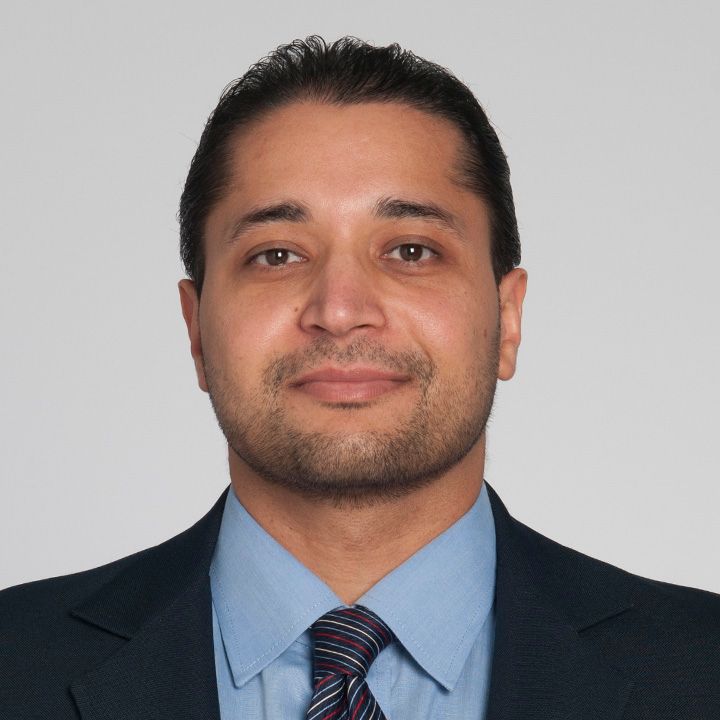 Fat infiltration in pancreatic tissues could be from multiple etiologies including alcohol, pancreatitis (acute/chronic), medications (steroids/antiviral) or from non-alcoholic fatty pancreatic disease (NAFPD).

Whether fat infiltration in pancreas is the result of pancreatic inflammation by various etiologies or it’s an epiphenomenon is still a matter of debate. Fatty pancreas (FP) is suggested to be defined as the evidence of fatty infiltration of pancreas along with features of metabolic syndrome including high blood sugar level, high blood pressure, high triglyceride level, low HDL and increased waist circumference.

Magnetic resonance imaging (MRI) is the best available test to diagnose and quantify fatty pancreas. We conducted a study to assess the etiology, clinical implications, and long-term outcomes of fatty pancreas. Imaging examples of FP are provided below. Using key words “fatty replacement of pancreas, fatty atrophy of pancreas, fatty infiltration of pancreas, fat in pancreas or pancreatic fat” on the magnetic resonance imaging (MRI) data, all patients (≥18 years) with presumed diagnosis of FP between January 2000 and May 2020 were identified.

Patients were excluded if they were <18 years old, had acute or chronic pancreatitis (AP or CP) ≥30 days before diagnosis of FP, had cystic fibrosis, were on steroids or antivirals for ≥3 months and had excess alcohol use. Fat content was measured as segments with head, body and tail being individual segments. Patients were then followed prospectively followed to assess for development of pancreatitis, pancreatic cysts, exocrine pancreatic insufficiency (EPI) and pancreatic cancer. 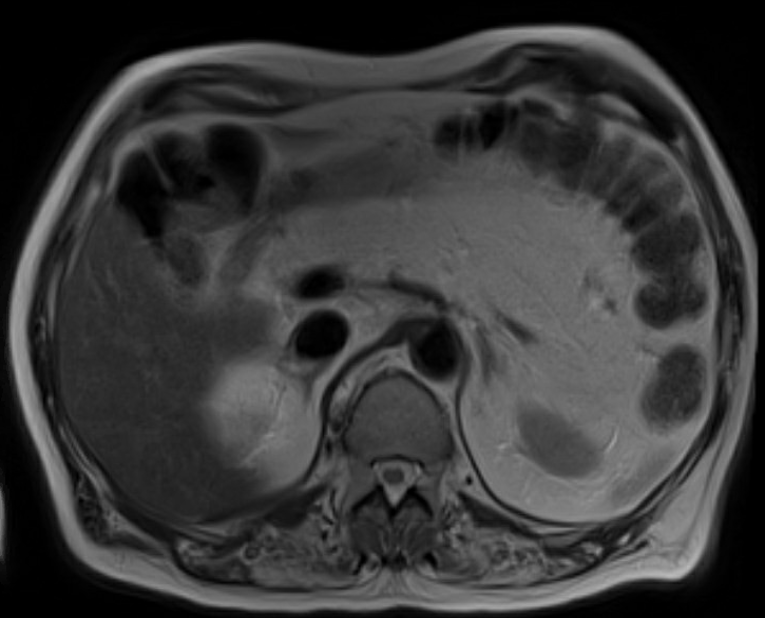 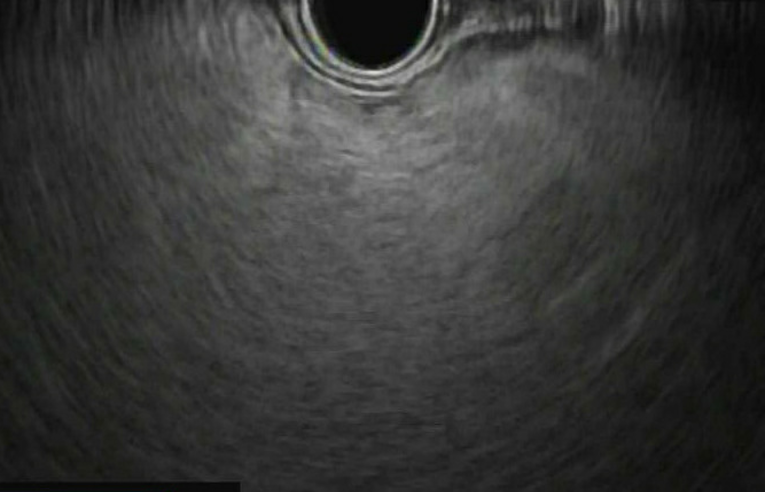 In conclusion, our study suggests that contrary to the current belief of FP being a benign entity, it could be associated with the risk of development of variety of pancreatic diseases including pancreatic cyst, pancreatitis, EPI and pancreatic cancer. Urgent large prospective studies are required to assess risks associated with FP. 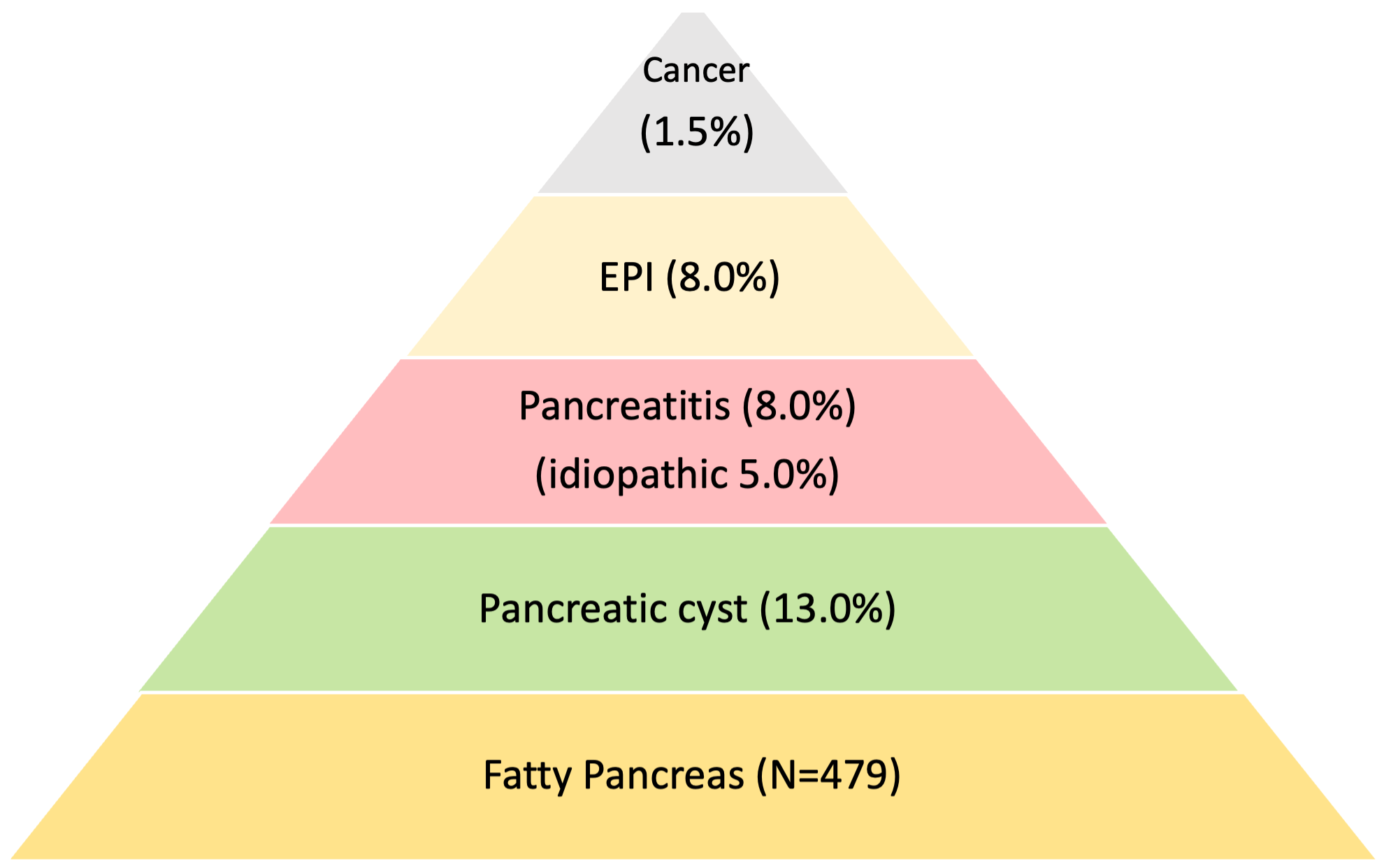