The US Food and Drug Administration (FDA) announced Monday its approval of the Gastric Emptying Breath Test, a new non-invasive test to help diagnosis-delayed gastric emptying, otherwise known as gastroparesis. 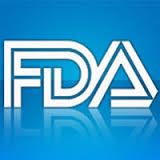 Since existing tests for gastroparesis diagnosis usually utilize minute amounts of radioactive material or imaging equipment, testing is often conducted in specialized outpatient centers. In contrast, because the GEBT does not require the use of radioactive material, it could be used in a wider range of practice settings.

Researchers conducted a clinical study testing GEBT’s safety and efficacy by observing a total of 115 participants typically subjected to gastric emptying tests. All participants underwent testing with both the GEBT and gastric scintigraphy, the standard measurement for gastric emptying.

The GEBT, conducted over a 4-hour period after an overnight fast, was designed to highlight how quickly the stomach can empty solids by measuring carbon dioxide in a patient’s breath. After conducting baseline breath tests at the beginning of GEBT, patients must eat a special test meal, which includes a scrambled egg-mix and spirulina platensis, a kind of protein enriched with carbon-13 (a naturally existing non-radioactive form of the common element carbon-12).

Upon comparing the two tests, researchers noted GEBT results agreed with scintigraphy results 73-97% of the time — when measured at various time points during the test.

Although no deaths or serious adverse events were reported, some study participants experienced nausea and stomach discomfort during the test.

Results indicated individuals with hypersensitivity to spirulina, egg, milk, or wheat allergens should avoid the GEBT. Also, the test should not be administered to people with certain lung diseases or conditions that could trigger small bowel malabsorption.

Alberto Gutierrez, PhD, director of the Office of In Vitro Diagnostics and Radiological Health in the FDA’s Center for Devices and Radiological Health, said in a news release, “The GEBT is another option for aiding in the diagnosis of gastroparesis. It can be performed in any clinical setting since it does not require the health care professionals administering the test to undergo special training or to take special precautions related to radiation emitting compounds.”