There was a greater proportion of the undetected (19%) or previously detected (23%) dysplasia group that had concurrent primary sclerosing cholangitis compared to only 3% of the group without dysplasia.

A team, led by Dorukhan Bahceci, MD, University of California at San Francisco, Department of Pathology, investigated the rate and clinicopathologic features of dysplastic lesions found in total colectomy or proctocolectomy specimens undetected during a previous colonoscopy.

Whether targeted biopsies should replace random biopsies for dysplasia surveillance in patients with IBD remains a controversial topic.There are several histologic patterns of non-conventional dysplasia described in the past in IBD.

In the study, the investigators analyzed 207 consecutive patients with IBD who underwent a total colectomy or proctocolectomy and had at least 1 high definition colonoscopy prior to colectomy.

The investigators classified dysplasia found in the colectomy specimens as undetected when there was no corresponding site of dysplasia detected on previous colonscopic biopsies.

There was a greater proportion of the undetected (19%) or previously detected (23%) dysplasia group that had concurrent primary sclerosing cholangitis compared to only 3% of the group without dysplasia (P <0.001). Undetected dysplastic lesions were more likely to have non-conventional dysplastic features (76%), as well as low-grade dysplasia (94%) and a flat or invisible gross appearance (73%) compared to the previously detected dysplastic lesions (13%, 68%, and 48%, respectively) (P <0.05).

Nearly all patients with undetected dysplasia (93%) had a colonoscopy within 1 year of their colectomy.

“The rate of undetected dysplasia is not insignificant (13%), suggesting that increased random biopsies may improve the rate of dysplasia detection, including non-conventional dysplasia,” the authors wrote.

A Drop in Colectomies

In recent years, investigators have looked at whether newer treatments for IBD result in a reduction in colectomies.

The use of biologics in IBD has increased drastically in the last 2 decades.

A team of doctors, led by the Cleveland Clinic, presented data from the American College of Gastroenterology (ACG) 2020 conference on how the use of these medicines relates to colectomies.

After examining 61 million patients included in a commercial database between 2000-2019, 146,430 of which had an ulcerative colitis diagnosis, the investigators found that overall colectomy rates have declined since 2000.

Overall, the study included 15,020 patients who had a colectomy and 10,050 individuals treated with biologics. However, the prevalence of colectomies decreased from 10.8% in this patient population in 2000 to 2.1% in 2019.

The researchers attribute the decline directly to a linear increase in the prevalence of biologic medication utilization in ulcerative colitis. Overall, biologic use increased from 0.5% in 2000 to 12.8% in 2019 (P <0.001).

The study, “Clinicopathologic Features of Undetected Dysplasia Found in Total Colectomy or Proctocolectomy Specimens of Patients with Inflammatory Bowel Disease,” was published online in Histopathology. 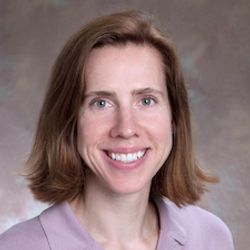