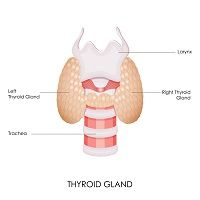 For decades, levothyroxine has consistently appeared on the United States’ list of top 10 prescribed drugs. It’s estimated that in 2010, prescribers wrote 71 million levothyroxine prescriptions. Finding the best time to administer it can be cumbersome, as levothyroxine dosing is fraught with a litany of interactions. Levothyroxine’s absorption can decrease if gastric pH rises, or patients take soy protein supplements, have high fiber intake, or consume coffee. This necessitates levothyroxine administration 30 to 60 minutes before breakfast and 4 hours before or after interacting medications. Many patients have trouble waiting to eat after taking their medication.

A meta-analysis exploring levothyroxine administration was published in the March 2015 issue of American Journal of Health-System Pharmacists. Two of the four studies examined found decreased levels of thyroid-stimulating hormone (TSH) with bedtime administration. A third study found increased TSH levels, and the fourth study showed inconclusive results. The results corresponded with the study country: the first two were completed in the Netherlands, the third in the United States, and the fourth in India. The studies reporting decreased TSH levels were single site studies, which may influence findings. A possible cause of the inconclusive results in the fourth study could be due to a difference between treatment-naïve and previously treated patients. All of the studies excluded patients taking interacting medications, so they do not represent the unselected general populations of any of the countries.

The authors note that predictability of levothyroxine absorption was greater with administration one hour before breakfast. Regardless, patients were more likely to have empty stomachs at bedtime.

These studies confirm that patients must avoid taking levothyroxine with food. Bedtime administration is an option if a patient is struggling with separating levothyroxine from food or medications.