Patients with diabetes mellitus are known to have a higher rate of morbidity and mortality after coronary artery bypass graft (CABG) surgery than patients without diabetes. Recent studies have suggested that the increased cardiovascular morbidity and mortality risks known for diabetic patients are shared by a similar number of patients without known diabetes but with fasting blood glucose levels either above or slightly below the diagnostic threshold for diabetes.1 Including these groups with those who have clinical diabetes would avoid the current underestimation of the additional risk associated with non-normal glucose homeostasis. Patients with prediabetes or subdiabetes include those with impaired fasting blood glucose and those with abnormal response to an oral glucose provocation.2

We evaluated mortality 30 days and 1 year after primary CABG surgery. A single preoperative fasting blood glucose level was used to categorize patients without a previous diagnosis of diabetes and to compare their mortality rate with that of patients with diagnosed and treated diabetes.

Using the chi-square test for categorical variables and the analysis of variance for continuous variables, baseline characteristics (17 risk param-

The number of patients who died by the cutoff date of June 1, 2004, was 107. Of these patients, 41 died at 30 days and 71 died within 12 months. The Figure shows the Kaplan-Meier curves for crude mortality for each of the four patient categories and the number of patients followed up at

1 year among 30-day survivors. Because of the small numbers, however, the confidence intervals (CIs) were widened, except for the clear association of suspected diabetes with increased mortality within 30 days after surgery compared with patients with normal fasting blood glucose (Table 2). This suspected diabetes mellitus group consistently had the highest numerical relative risk, but the small numbers do not permit statistical comparisons.

The most conclusive findings of this study are that patients with impaired fasting blood glucose share the same increased risk of death within a year of CABG surgery as patients with both known and previously unknown diabetes. Similar increased risk was found for mortality at 30 days after surgery and at 1 year among 30-day survivors, but the small numbers resulted in wide CIs. Furthermore, the difference in expected mortality for patients with truly normal versus non-normal glucose homeostasis is underestimated because of the large number of cardiovascular patients with undiagnosed glucose abnormalities. The number of patients unknowingly at increased risk for short-term death after CABG surgery because of their glycemic status was almost as large as that for patients with diagnosed diabetes. Multivariable analysis for potentially confounding factors did not substantially alter the findings.

The increased risk associated with impaired fasting blood glucose for cardiovascular pathology has led to the establishment of that category and a corresponding category for impaired glucose tolerance after an oral glucose provocation. The American Diabetes Association recently lowered the threshold value for impaired fasting blood glucose from 5.6 to 5.1 mmol/L.2 The present study has not been reevaluated for that decreased threshold value.

Although the category of impaired fasting blood glucose was conceived to describe the development of manifest diabetes and the vascular changes that begin at lower levels of blood glucose, it has increasingly been associated with mortality. In particular, the present findings of an increase in mortality for patients with impaired fasting blood glucose similar to diabetic patients is in agreement with a recent study by Muhlestein and colleagues showing that patients with impaired fasting blood glucose have a threefold higher risk of death within a few years after undergoing percutaneous coronary interventions (PCI).3 Hyperglycemia has also been associated with increased mortality after acute myocardial infarction (MI), increased mortality and length of hospital stay in general medical and surgical units, and worsened prognosis after stroke.4-7 In intensive care unit (ICU) patients, a direct and proportional correlation was found between death and a blood glucose level above 4.4 mmol/L.8

1-year mortality among patients without diagnosed diabetes. The lack of a convincing inflection point is consistent with the growing idea that there is no distinct blood glucose threshold below which no pathological processes occur: Van den Berghe and colleagues found no evidence for a safe lower glucose threshold when treating ICU patients with insulin.9 More importantly, the Framingham Heart Study group just recently demonstrated a linear dependency on blood glucose for all mortality, cardiovascular mortality, and even noncardiovascular mortality; there was a 3.81-fold increase in total mortality when the fasting blood glucose level rose from low-normal to moderate diabetic levels (3.3 to 6.6 mmol/L).1 Muhlestein and colleagues’ PCI study and the recent Hoorn study of cardiovascular mortality and morbidity both support the existence of a lower glucose threshold.3,10

It was hoped that the relative increased risk at 30 days and at 1 year would suggest whether the pathophysiological mechanism was acute perioperative risks or the gradual progress of the cardiovascular pathology. Although the small numbers do not allow any conclusions, the 30-day mortality and 1-year mortality of survivors of 30 days are similar. The Kaplan-Meier plot suggests that the groups may differ most during the first postoperative weeks.

Another surprising aspect of the results of our study is the lack of any dramatic risk difference among the three non-normal groups, although the Kaplan-Meier plots do place the four groups in a distinct order of relative risk of death, with the impaired fasting blood glucose group having the lower risk, treated diabetic patients having a higher risk, and previously unknown diabetic patients having the worst risk. Since this was a retrospective study, the suspected diabetes mellitus group remained undiagnosed and untreated. As a result of this study, we now take preoperative fasting blood glucose levels twice to correctly diagnose diabetes and initiate treatment. Muhlestein and colleagues’ PCI study had a range in follow-up time of 1.5 to 5.2 years and showed the highest mortality rate among previously unknown diabetics; it is not known whether patients were subsequently treated for their newly detected diabetes.3

One of the most important findings in this study is that the relative risk increase with non-normal glycemic status is underestimated in the literature, which traditionally has compared only known diabetic patients with presumed normal patients. The admixture of undetected diabetes and prediabetes falsely increases the mortality of patients with truly normal glucose metabolism. Most studies show a larger percentage of previously undetected diabetes and prediabetes than did our study.3

A causal relationship between blood glucose concentration and increased postoperative mortality was not shown by this study. Glucose is proinflammatory and increases oxygen reactive species, whereas insulin suppresses both.12

Patients with impaired fasting glucose and undiagnosed diabetes appear to have about the same increased risk of death following CABG surgery as those with clinical diabetes. It is still unknown whether normalizing glucose homeostasis pharmacologically would eliminate this risk postoperatively and what the causes and mechanisms of this association are. 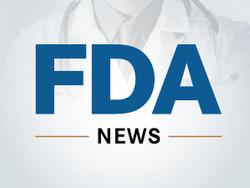