Top-line data comparing 2 strains of a non-systemically absorbed drug candidate was announced this morning, with SYNB1934 expected to advance to a phase 3 clinical trial.

Top-line phase 2 data evaluating drug candidates for treating the rare disease phenylketonuria (PKU) was announced this morning. The study compared the efficacy of 2 strains of a non-systemically absorbed drug candidate in patients with the diagnosis.

While both strains, SYNB1618 and SYNB1934, demonstrated clinically meaningful reductions in fasting plasma phenylalanine (Phe) levels, SYNB1934 will be the candidate investigated in the anticipated 2023 phase 3 clinical trial.

The rare inherited disorder is caused by a disruption in the phenylalanine hydroxylase (PAH) gene, which helps create the enzyme necessary to break down phenylalanine. As a result the phenylalanine amino acid accumulates in the body which can be dangerous and lead to serious health problems.

These patients can experience intellectual limitations in areas of thinking, understanding and communicating as well as other major health problems.Early intervention is crucial—screening for this disease is typically done at birth.

At this time there's no cure, so patients with the condition are instructed to restrict their diet to avoid foods that can increase the phenylalanine build up, typically found in high-protein foods. However, some individuals can be less restrictive if they're taking medications that are effective for them.

“PKU continues to be a very challenging disease for patients, with many in need of new treatment options,” Jerry Vockley, MD, PhD, Professor of Human Genetics, University of Pittsburgh, and lead investigator on the phase 2 Synpheny-1 study said in a statement. “It is very promising to see these results and the potential benefits of a new, orally administered investigational product that can meaningfully lower Phe in patients with PKU.”

The Synpheny-1 study was a phase 2, open-label, 28-day clinical trial that assessed the safety, tolerability and efficacy of SYNB1618 and SYNB1934 in 20 adult patients with phenylketonuria. The primary endpoint was the change in area under the curve (AUC) of plasma levels of labeled D5-phenylalanine (D5-Phe) following a meal challenge before and after the treatment period. Investigators carefully managed the patients' dietary intake to replicate their routine protein and Phe consumption.

Each candidate's ability to mitigate Phe properly was examined as the administered dose regimen was increased over 15 days of treatment and then stayed consistent at a dose of 1x1012 live cells for the second half of the treatment period. Secondary endpoints included change in fasting levels of plasma Phe from baseline, incidence of treatment-emergent adverse events (TEAEs), and the levels of additional strain-specific metabolites plasma D5-TCA and urinary D5-5A.

“The robust plasma Phe reduction demonstrated by SYNB1934 indicates that it has potential to be a transformative treatment for patients with PKU,” Aoife Brennan, MB, ChB, Synlogic President, Chief Executive Officer stated. “I would like to thank the patients, clinicians and staff of our investigational sites who made this study possible. We look forward to further collaboration as we initiate our Phase 3 pivotal study, with the goal of bringing this potentially life-changing innovation in the treatment of PKU to patients.”

Developing company Synlogic has confirmed these data supported the decision to continue with SYNB1934 as the drug candidate advancing to a phase 3 pivotal study which is expected to begin in the first half of 2023. 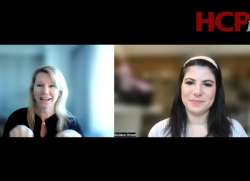