Both drug classes would improve type 2 diabetes outcomes as first-line agents, but costs would be need to be reduced by at least 70% to be considered cost-effective. 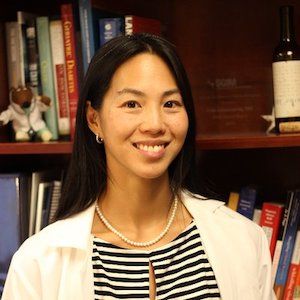 New findings suggest both sodium-glucose cotransporter-2 (SGLT2) inhibitors and glucagon-like peptide-1 receptor agonists (GLP1 RA) are potentially effective first-line agents in the treatment of type 2 diabetes (T2D), but the drug classes are not cost-effective at their current price.

According to the study model, the agents were projected to improve life expectancy by 3.0 months to 3.4 months. However, a price reduction of 70% for SGLT2 inhibitors and 90% for oral GLP1 RA would be required to become cost-effective at a willingness-to-pay threshold of $150,000 per quality-adjusted life year (QALY).

Based on large, randomized trial data suggesting their efficacy, guidelines from the American Diabetes Association (ADA) and European Association for the Study of Diabetes (EASD) recommend the study agents as second-line therapy in patients with T2D without atherosclerotic cardiovascular disease (ASCVD) and first-line therapy with metformin for patients with coexistent ASCVD, heart failure, or chronic kidney disease.

Some clinicians have supported their use as first-line therapy (before metformin) in high-risk populations and ongoing investigations on safety suggest that some SGLT2 inhibitors may reduce heart failure admissions without metformin. However, their costs are hundreds of times more expensive compared to other oral diabetes drugs, leading ADA guidelines to not recommend either agent as second-line therapy “if cost is a major issue.”

The population was created from a nationally representative sample of persons with diabetes eligible to start first-line therapy using participants who self-reported diabetes or had HbA1c of more than 6.5% within the National Health and Nutrition Examination Survey (NHANES).

Although oral GLP1 RA increased quality-adjusted life expectancy (QALE) by 3 months, it had an ICER of $823,000 per additional QALY gained versus metformin. When excluding medical disutility, both first-line SGLT2 inhibitors or GLP1 RA remained expensive with ICERs exceeding $300,000 per QALY.

"Other recently published U.S. cost-effectiveness analyses have examined drug classes rather than medication algorithms,” Laiteerapong said. “Therefore, our conclusions that SGLT2 inhibitors and GLP1 receptor agonists as first-line therapy may not be cost-effective despite improved clinical outcomes solely reflect the incremental benefit of using the newer agents as first-line agents rather than second-line, that is, a delayed use of the newer agents.”

The study, “First-Line Therapy for Type 2 Diabetes With Sodium–Glucose Cotransporter-2 Inhibitors and Glucagon-Like Peptide-1 Receptor Agonists,” was published in Annals of Internal Medicine.