A new analysis of cohort study data estimates the average annual cost of caring for children with chronic pancreatitis or acute recurrent pancreatitis in the US now approaches $50,000. 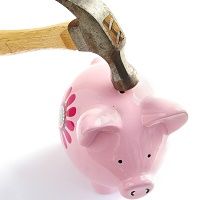 A new analysis of cohort study data estimates the average annual cost of caring for children with chronic pancreatitis or acute recurrent pancreatitis in the US now approaches $50,000.

Investigators tallied healthcare utilization rates by 224 children (median age: 12.7 years) who participated in the INSPIRE registry (International Study Group of Pediatric Pancreatitis: In search for a cuRE). They then pulled data on average costs across the US for each product and service to estimate the cost of treating each patient in this country.

The majority of the children (58%) had acute recurrent pancreatitis. The remaining 42% had chronic pancreatitis.

An exploratory analysis found a number of characteristics that appeared to be associated with higher costs: more frequent attacks of acute recurrent pancreatitis, reported constant or episodic pain, family history of pancreatic cancer, and use of pain medication.

“The severe burden of disease associated with these conditions and their chronicity results in high healthcare utilization and costs,” the study authors wrote in the Journal of Pediatric Gastroenterology and Nutrition. “Interventions that reduce the need for hospitalization could lower costs for these children and their families.”

The findings of the new study suggest that the cost of pancreatitis care has increased dramatically in recent years.

The 2007 study tried to take a comprehensive look at the cost of pancreatitis hospitalizations across the country. Investigators searched the 2003 Healthcare Cost and Utilization Project-National Inpatient Sample for hospitalization discharge codes that indicated pancreatitis. Then, they tallied costs and analyzed the data with regard patient demographics and hospitalization rates.

Although the methods of the earlier study were different than those of the newer study, its conclusions were similar.