Transcript: John L. Berk, MD: Let’s talk about diagnostics a little bit. Dr Desai, can you inform us about the echo features of cardiac amyloid, per se, and then perhaps some of the subtleties that might sway you into a diagnosis of AL [light chain amyloidosis] versus TTR [transthyretin]?

Akshay S. Desai, MD, MPH: Ultimately, cardiac amyloid is often associated with increased wall thickening. We’ve called that left ventricular hypertrophy, but in many cases, it’s not truly hypertrophy because there’s more infiltration of the myocardium that’s leading to that perception of wall thickness. So, that would be the characteristic finding. I think there are a range of more subtle findings. If one looks at Doppler tissue imaging, looking at myocardial relaxation velocity of the septal or lateral mitral annulus, there is substantial slowing of myocardial relaxation in patients with infiltrative heart disease and amyloid, in particular. So, very low myocardial relaxation velocities may suggest the diagnosis, in particular, the absence of some of those other triggers for hypertrophy or diminished relaxation that we mentioned.

Beyond that, there are novel imaging approaches that can be applied, including longitudinal strain imaging, and there are typical patterns that have been described in patients with amyloid. Classic is this cherry on top, which is preserved apical strain and diminished longitudinal strain at the base—the bull’s-eye plot pattern of strain like a large red spot in the middle. That is a classic pattern that’s been identified in patients with amyloid.

John L. Berk, MD: That’s great. Dr Hanna, when is a noncardiac biopsy sufficient in your mind to make the diagnosis of AL or TTR amyloid cardiomyopathy?

Mazen Hanna, MD: If you have a patient who has a monoclonal protein, significant lichen abnormalities, and they have a noncardiac biopsy, which would include a bone marrow biopsy if amyloid was found in the bone marrow and typed by MASS SPECT [mass spectrometry] as AL, or the fat pad or salivary gland biopsy, showing that there’s AL amyloid deposits elsewhere, if you have cardiac imaging features that suggest cardiac involvement, such as a wall thickness greater than 12 millimeters or diffuse LGE [late gadolinium enhancement imaging], late gadolinium enhancement on an MRI, and elevated biomarkers consistent with that systemic involvement, I think you don’t need a cardiac biopsy to say, “Hey, this person also has AL cardiac amyloidosis”.

With TTR, if you have a patient, for example, who had a soft tissue biopsy, let’s say the carpal tunnel area or spinal stenosis area, and they have ATTR [transthyretin amyloidosis] amyloid deposits there, and you do a technetium pyrophosphate scan in addition to an echocardiogram, and there is significant uptake—grade 2 or grade 3 uptake confirmed by SPECT imaging—then without doing a cardiac biopsy, I do believe that’s enough to say that there’s cardiac involvement of the ATTR amyloidosis.

So, I think those are the general ideas. I would think if there’s any question that we need to do a cardiac biopsy, an endomyocardial biopsy, because I think that 1 thing that hopefully we’ll discuss later is the concern and pendulum of trying to make a noninvasive diagnosis when we really need tissue. 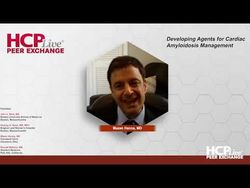 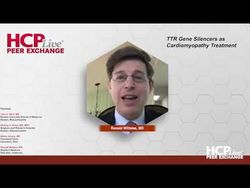 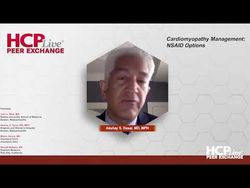