Antiplatelet, Anticoagulant Drugs Safe for Use by Patients with AMD

According to data, patients with neovascular AMD can continue their prescribed use of AP/AC medication without negative effects on AMD outcomes.

A research group in the Netherlands has determined that the use of antiplatelet (AP) and anticoagulant (AC) drugs is not associated with increased frequency of subretinal hemorrhages, or loss of visual acuity (VA) in patients with active neovascular, or wet, age-related macular degeneration (nAMD).

Lead researcher Gabriëlle H.S. Buitendijk, MD, MSc, a resident at the Department of Ophthalmology at Erasmus Medical Center in Rotterdam, Netherlands, told MD Magazine that based on the study's findings, the group suggests that “patients with nAMD can continue their prescribed use of AP/AC medication" and that "no negative effects on AMD outcome have been found in the study."

She and colleagues suggested that their interest was sparked by the results of a series of population-based studies which suggested a possible association between aspirin and an increased risk of choroidal neovascularization (CNV) and nAMD.

Buitendijk suggested to MD Magazine that information about the complex interplay of medications and diseases are important. She said that studies focusing on poly-pharmacy are crucial because the use of multiple medications to treat comorbidities can “challenge clinicians and the more information we gain on this, the better we can treat our patients.”

Study participants were given full ophthalmic exams and underwent several imaging studies including color fundus photography to identify and examine the presence of any retinal or subretinal hemorrhages, and spectral domain optical coherence tomography (SD-OCT) to determine retinal thickness. The researchers recorded data on lesions size in optic disk areas and "the presence of active choroidal neovascularization due to AMD."

Data on the use of AP and AC drugs were gathered through patients' self-reported medical history and medical records, including name and type of AC/AP medications as well as dosage and regimen. In order to assess variables, study participants data included baseline blood pressure, history and use of anti-hypertensive medications, and history of smoking. In order to determine whether AP and AC drugs were associated with declines in BCVA, participants were categorized by researchers into 3 groups based on baseline BCVA as functional (BCVA ≥ 70), moderate visual impairment (70 > BCVA ≥ 59), and severe visual impairment (59 > BCVA ≥ 20).

Upon analysis of data, Buitendijk and colleagues report that the use of AP/AC by AMD study patient was not associated with greater odds of visual impairment (OR, 0.74; 95% CI), in fact, AP use was linked with significantly lower risk of visual impairment (OR 0.58, 95% CI) prior to adjustment for additional confounders such as lens status, medical history, diabetes, and presence of CNV. After adjusting for variables, the data showed no significant associations between decreased VA and AP or AC medications.

Additionally, although not an intended outcome of the study, data also seemed to suggest that aspirin, which works both as an AP medication and a nonsteroidal anti-inflammatory drug, could be beneficial for patients with nAMD. Aspirin's relationship to AMD is, as Buitendijk pointed out, part of the Aspirin in Reducing Events in the Elderly (ASPREE) trial.

Although AP/AC use has been associated in many studies with increased risk of bleeding due to its anticoagulant and antiplatelet properties, the study found no evidence that AP/AC use carried any increased risk of retinal or subretinal hemorrhages in patients with nAMD. Buitendijk stated that the results of the study are of clinical importance because they “imply that patients with [nAMD] can continue their prescribed use of AP/AC medication without negative effects on AMD outcome.”

The study, "Antiplatelet and anticoagulant drugs do not affect visual outcome in neovascular age-related macular degeneration in the BRAMD trial,” was published in the American Journal of Ophthalmology. 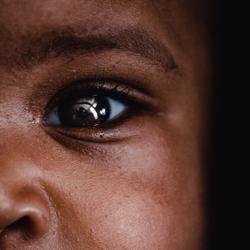 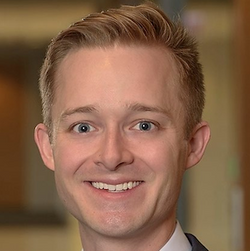 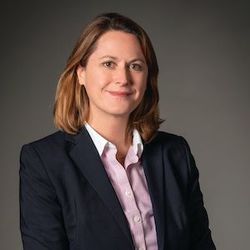