If approved, the drug will be the first and only single-dose oral therapy available or the condition.

Symbiomix Therapeutics has announced positive from a phase 3 clinical trial of single dose secnidazole (Solosec) for treatment of bacterial vaginosis (BV), the most common gynecological infection in the US.

The single dose granule formulation of secnidazole is a 5-nitroimidazole antibiotic offering enhanced pharmacokinetic properties with a half-life of 17 hours. It’s the first and only single-dose oral therapy in development for BV. The U.S. Food and Drug Administration (FDA) accepted Symbiomix’s New Drug Application (NDA) for secnidazole, and granted the drug priority review status in March 2017.

“The current recommended treatment options mainly consist of multi-dose therapy, which can lead to issues with medication adherence,” said Jane Schwebke, MD, Professor of Medicine and Infectious Diseases, University of Alabama at Birmingham. “The data supports secnidazole as an effective and well-tolerated potential single-dose option for BV that will be a welcome advance [sic] in the treatment of this prevalent gynecologic infection.”

Results were compiled during SYM-1219-301, a phase 3, randomized, double-blind, dose-ranging, placebo-controlled, multi-center study evaluating secnidazole for the treatment of BV. 189 women with BV were tested, and met all Amsel criteria; characteristic discharge; pH 4.7 or greater; 20% or greater clue cells; and a positive whiff test. The women were randomized 2:1 to receive a single oral dose of 2 g secnidazole (N=125) compared with the placebo (N=64) at 21 U.S. centers. The dose of secnidazole proved superior to the placebo on all primary and secondary outcomes, and was well tolerated.

The primary endpoint was the proportion of clinical outcome responders, defined as those with a normal vaginal discharge; a negative 10% potassium hydroxide whiff test; and less than 20% clue cells of total epithelial cell count on microscopic examination using saline at the test of cure/end of study visit, 21—30 days after treatment.

Based on the 2016 FDA draft guidance, patients with baseline Nugent scores 7—10 were evaluated for clinical cure of normalization of discharge, amine order and clue cells 7–14 days after treatment. The pre-specified Institutional Review Board approved protocol called for withdrawal of randomized, treated patients with a Nugent score less than 4 or with a separate sexual transmitted infection. The modified intent-to-treat (mITT) population was the primary analysis population.

Based on the assessment at the test of cure/end of study visit, significantly more patients receiving the secnidazole single dose compared to the placebo required no additional BV treatment, 68% versus 29.6%. Side effects considered related to the drug occurred in only 20% of secnidazole-treated patients versus 10.9% of placebo patients which included diarrhea, 4% versus 1.6%, headache, 4% versus 3.1% and vulvovaginal candidiasis, 4% versus 3.1%.

The study, "A Phase 3, Double-blind, Placebo-controlled Study of the Effectiveness and Safety of Single Oral Doses of Secnidazole 2 g for the Treatment of Women with Bacterial Vaginosis," was published online in the journal American Journal of Obstetrics & Gynecology this week.

HIV Risk Higher Among Women Due to Greater Risk Behaviors 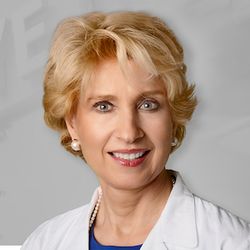 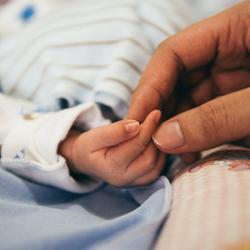