Patients with chronic obstructive pulmonary disease may benefit from improved diet and resistance training, according to a recent study. 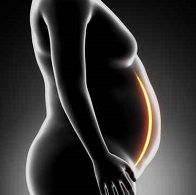 Patients with chronic obstructive pulmonary disease (COPD) may benefit from improved diet and resistance training, according to a recent study.

The study, conducted by Vanessa McDonald, of the Priority Research Center for Healthy Lungs at the School of Nursing and Midwifery at the University of Newcastle in New Lambton, Australia, and colleagues, was published in the journal Respirology in February 2016.

The prevalence of obesity in patients with COPD is increasing, and, according to the authors, is now “higher than the general population.” Since the relationship between obesity and COPD is not well-understood, the researchers undertook this study to find out if “weight reduction involving a low-energy diet coupled with resistance training would improve COPD clinical outcomes and reduce systemic inflammation whilst maintaining skeletal muscle mass,” they said.

The researchers recruited 33 patients, and a total of 28 completed the study, which was a “proof of concept before-after clinical trial,” according to the researchers. The participants attended a baseline visit, and then over three months were seen 7 more times, plus an assessment at week 13.

Participants were prescribed a low-energy diet, based on individual BMI, and which included 2-3 meal replacements. They also received counseling from a dietician to help them improve the nutritional content of the foods they chose. In addition, the participants were prescribed a strength training program for 3 days per week, and were provided education and counseling to help with the exercise. A physiotherapist called during weeks participants did not visit the clinic and patients were asked to complete and exercise diary.

The researchers report that this is “the first weight-loss study in obese COPD patients,” and that the participants experienced a 6.2% weight loss. However, the authors note, “when calorie restriction is coupled with resistance exercise training and protein intake is maintained, it does not result in reduced skeletal muscle mass.” This is an important point because previous studies have seemed to indicate that mild to moderate obesity appears to have a protective effect on the survival rate and lung function of COPD patients. The protective effect could be thanks to muscle mass, and the researchers state, “any intervention for obese COPD individuals must aim to preserve muscle mass.”

Despite some limitations, such as the lack of a control group and small sample size, the researchers believe the results of this study warrant further investigation, especially given there are no established best practices for the treatment of obese COPD patients. They conclude, “Given the paucity of evidence in the area, our novel study provides a framework for development of guidelines for the management of obese COPD patients and in guiding future research.”