The results confirm that inattention and processing speed index in primary school children are linked to peer problems in adolescents, and support that their importance is not restricted to children with a specific diagnosis.

Inattention and slow processing speed are associated with problems with peers, both in children with and without an attention deficit hyperactivity disorder (ADHD) diagnosis, according to a study published in Frontiers in Psychology.

It has long been known that children and adults with ADHD don’t just struggle in school and work, but also in their relationships with family and friends. Nonetheless, patients with ADHD are not the only ones who struggle socially. Thus, researchers at the University of Bergen sought to understand the importance of the 2 core symptoms of ADHD: inattentiveness and hyperactivity-impulsivity on peer problems. Next, knowing that these symptoms are often related to cognitive functions, they extended the analysis to investigate the impacts of cognitive subcomponents on problems with peers.

“Our contribution was to extend an investigation on the relations between peer problems and symptoms of ADHD by including a set of cognitive subcomponents as potential mediating factors,” Anders Thorsen, a researcher at the University of Bergen, and lead author of the study said.

The researchers analyzed data from the Bergen Child Study, a longitudinal study on the mental health of children, beginning at 7—9 years old and continuing 10 years. The Bergen Child Study included surveys sent to the parents of nearly 10,000 children in Bergen, Norway, beginning in 2002. This study analyzed data from a subset of 127 children who had complete data for the areas the team hoped to study — and 32 of those children were diagnosed with ADHD.

In order to extend the analysis to cognitive subcomponents, the researchers used the children’s results from the Wechsler Intelligence Test, which the students took between the ages of 8—10. The test measured the children’s intellectual performance. The focus of the test is not on the quantity of a child’s intelligence, but rather the child’s ability to use that intelligence to adapt to different environments and solve problems. The researchers used it to measure the students’ cognitive subcomponents, such as processing speed and verbal comprehension.

In the first analysis, the team found that inattentiveness played a greater role in predicting peer problems later on than hyperactivity-impulsivity did. In the second, when they included data from the intelligence scale, they were surprised to find that a slow processing speed had a greater impact on peer problems than all the other subcomponents of cognitive function that they measured.

Moreover, that inattentiveness and slow processing speeds were associated with peer problems even if the child was not diagnosed with ADHD. 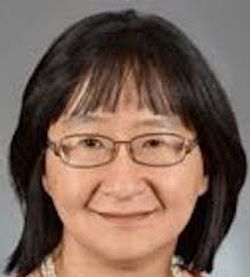