Practical Approaches to the Management of Plaque Psoriasis - Episode 13

Mark Lebwohl, MD: Let’s go to our next patient, and that’s a 49-year-old mildly obese female with type 2 diabetes; she presents with a 4-year history of plaque psoriasis, initially started on methotrexate followed by a TNF [tumor necrosis factor] inhibitor with no relief for the last 6 months. Are comorbidities more difficult to treat with biologics? And how do they factor into the AAD [American Academy of Dermatology]/National Psoriasis Foundation guidelines for the treatment of psoriasis, Erin?

Erin Boh, MD, PhD, FAAD: This patient is relatively young, now I can say that, but she’s obese. She’s got diabetes. She’s going to start fitting into that category of metabolic syndrome, maybe not completely, but we have to worry about those comorbidities. She has already been treated with a TNF inhibitor. I’m going to presume it’s not one that’s weight-based; I don’t know that, but that would be my guess.

In general I do like to consider comorbidities when I pick my treatment choice. I think, like James, that’s first and foremost the most important thing to think about in making a choice. I do think it makes a difference. If you have multiple comorbid diseases, maybe the TNFs that are not weight-based are not going to be useful here. Maybe in this case I might go to infliximab, but probably not. I would look more to the IL-17s [interleukin-17 inhibitors] and maybe even more particularly to the IL-23s.

Because she does have obesity, she’s got insulin resistance, and there have been a number of studies that have shown that the TNFs improve diabetes, or insulin resistance, but they make obesity worse. I would tend not to use a TNF inhibitor in this person. I would like to go to an IL-23 or IL-17.

There are recent data looking at IL-23s and how they may affect cardiovascular disease and other things. I think those would be the ones that I would go for. They’re not necessarily tied to weight either, so I think it gives you a better option and a better chance for response.

But one thing to remember here is what many derms [dermatologists] do, and I think is not good, is as soon as a patient starts to flare, you start thinking about switching. You want to be able to determine flare versus failure before you switch out of the class completely. This lady had a partial response to a TNF, but not great. Certolizumab does pretty well in people who are obese, so you could go to that in terms of helping with the insulin resistance. I think there are a number of options for this person, but I would tend to go toward the IL-23s or the IL-17s and get out of the class for this particular patient.

Mark Lebwohl, MD: What if I told you she had a positive test for TB [tuberculosis]? How would that affect what you give her? And having said that, how do you maintain the latency of TB? Let’s say you’re going to treat her, when could you start the biologic? James or Leon, want to take that?

James Song, MD, FAAD: Sure. I think I briefly mentioned this before, but with some of the newer MOAs [mechanisms of action] it seems that IL-17/23 inhibition probably doesn’t play that much of a role in tuberculosis defense. I think I’d feel more comfortable, not to say you can’t use a TNF alpha inhibitor, I would just want to make sure that those patients were properly treated for latent TB. I usually wait a month after starting latent TB treatments before starting the biologic agents. And I think the tricky thing is in the past, 6 to 9 months of isoniazid [INH], that’s tough to finish for a lot of our patients.

What if they only finished 5 months, were they adequately treated? It’s hard to say. I think the CDC [Centers for Disease Control] recently had some changes in their guidelines of how to treat latent TB. It’s just once weekly now for 3 months, and it’s much easier to finish that course. I would say that whether TNF, IL-17, or IL-23, I would be OK with all of those classes, but IL-17 or 23 probably would be my preferred ones.

Leon Kircik, MD: I actually would put her in the light box to begin with. I usually send them to the infectious disease [ID] doctors, start them on the TB treatment, and most of them say about 3 months, but it may change now. When we do clinical trials and you have a TB-positive test, they say treat them for 3 months, and then you can put them in the study. Or they say, it’s local criteria, right? Most of them, whatever your state says. So here I find out that usually it’s about 3 months of treatment and then you can put them on a biologic. Most of the ID doctors go with that. Meanwhile I’ll put them in the light box, or try to do something else, but probably light box would be the easiest.

Mark Lebwohl, MD: I’ll say the 3-month regimen, I looked at this closely because we actually have a lot of patients who are QuantiFERON [test]-positive. And there are several different regimens for treating TB. One of them is that once-a-week regimen for 12 doses, that’s 12 weeks, the 3 months that Leon’s mentioning. And it is high doses of isoniazid, pyridoxine, and rifapentine, I believe it’s called.

Anyway, it’s high doses. The problem is that the [adverse] effects of that high dosage is substantially more. The traditional regimen, which is INHand rifampin, are for 6 months. And then patients who can’t tolerate INH alone, often they’ll give rifampin for 9 months. But that doesn’t mean you have to wait that whole time to start your patients. There are no data that tell us how to handle these patients. There’s a lot written about it, and it seems that the consensus; the first time I read about this was when Morbidity and Mortality Weekly Report had a letter from the CDC. And the consensus was, once they’re on treatment for a month, you can start your biologic.

Now, when you treat patients fully for latent TB, you don’t completely eradicate the risk. There is still a risk. And unfortunately, QuantiFERON [tests] remain positive, as do PPDs [purified protein derivative skin tests], and so we get an annual chest x-ray. Be aware that in patients on TNF blockers where we know there’s an increased risk of TB, 40% of TB is extrapulmonary. A chest x-ray is not quite adequate. And that’s why I agree with something you said early on James, go to an IL-17 or 23. Because the data so far, which are limited, suggest that they do not cause reactivation of latent TB. TNF blockade clearly does.

Erin Boh, MD, PhD, FAAD: The QuantiFERON-TB Gold [test] commonly will have false positives, depending on if patients have viral infections or other things going. We routinely will get T-Spot TB tests if the patients have a QuantiFERON Gold test that’s positive. And I can tell you that probably 30% to 40% of my QuantiFERON Gold positives are T-Spot TB negative. We do nothing more if they’re T-Spot negative. If they tend to be positive on a T-Spot test, then ID for us say, yes, you do get a chest x-ray, but you go ahead and treat, and presume it to be latent TB.

We do not, at least our ID people in the New Orleans area, do not follow with yearly chest x-rays. And I think that’s in part because of what you said, they don’t really tell you much and you get exposure to radiation needlessly. We follow signs and symptoms, and I’ve never had reactivation yet, knock on wood. I do tend to switch them off of the TNFs if they are truly TB positive with a T-Spot test. But we don’t follow with chest x-rays at all because they said the yield is so low that it’s not useful. But I think the pearl here is the T-Spot TB test. If you can get that, you can eliminate a lot of needless 6-month courses of INH, which is very difficult to tolerate. 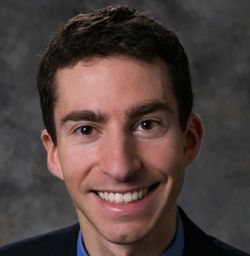 Anticipated Developments in the Field of Plaque Psoriasis